PayJoy, a San Francisco fintech startup, announced this week it has teamed up with Vodacom and CBA to bring smartphone financing to the country of Tanzania. The company reported that this strategic collaboration will utilize the parties’ experience and expertise in technology, and financial services to support consumers through offering affordable loans and alternative forms of credit scoring. 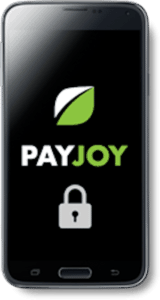 “With this collaboration consumers will be able to apply for smartphone loans through M-Pawa, the revolutionary banking product for M-PESA customers that allows consumers to save and borrow money through their mobile phone. Once the consumer has been approved, they will be able to collect their new smartphone at more than 350 Vodacom retail stores across Tanzania. The smartphone will incorporate the PayJoy Lock, unique patented software which blocks smartphone apps in case of non-payment but still allows consumers to remained connected to the mobile network, make emergency calls and access M-Pesa for payments.”

“Today’s announcement with Vodacom and CBA is another step towards fulfilling our mission to make smartphones and consumer finance accessible to more people. Our technology enables Vodacom and CBA to offer installment financing options to customers who have no access to credit and so can’t afford a smartphone. This deal will put the internet and all the tools smartphones offer in the hands of more people in Tanzania, enabling growth that comes with having a more connected population.”

PayJoy has also formed a partnership with Allied Mobile to bring more smartphones to africans.