Last week, the North American Securities Administrators Association (NASAA) announced Operation Cryptosweep – an attempt to shut the door on scam initial coin offerings (ICOs) that have polluted the digital assets marketplace. The profound abuse and fraud has marred this new sector of finance harming legitimate operators and issuers. Regulators have struggled to get up to speed on token offerings as the crypto market went from zero to billions in a very short time.

Cryptosweep saw coordinated action from 40+ North American regulators (Canada and the US) with more than 70 enforcement actions already taking place. While the regulatory approach highlights the risk of investing in digital assets, most industry participants welcomed the crackdown as necessary to flush out the bogus operations. 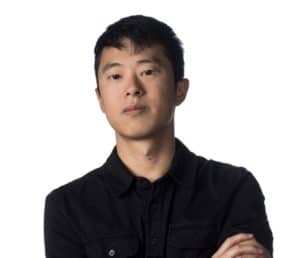 Yo Kwon, CEO and co-founder at Hosho – a blockchain security operation that works with issuers on smart contract creation, had this to say about Operation Cryptosweep;

“It is in the best interest of the crypto industry as a whole for regulators to crack down on fraud and for investors to become better acquainted with risk factors associated with potential investments. It is no secret in the space that there is a plethora of scams and nefarious actors,” said Kwon.

As the ICO industry has grown the degree of sophistication of the fraud has increased as well. Plastering the photos of “ICO Advisors” on the home page of an offering has become a questionable practice in an attempt to paint of offering as valid;

“In many instances, it can be difficult to discern a scam from a legitimate ICO because so many of the steps they take are similar,” Hosho explained. “A bad actor will grasp onto whatever legitimacy they can, whether that is from advisors or partnerships, and leverage that to increase their reputation, which is awfully similar to what a legitimate entity may also do. With the NASAA organizing a task force to investigate and take enforcement action against potentially fraudulent projects, hopefully more companies will put a greater level of effort toward doing things the right way, separating themselves from the bad actors, and fewer investors will be scammed.”

Hosho says that projects that signal a long term vision are good signs. Fraudsters don’t care about the health of their token and will not be pushing for strong security measures. Part of a scam may even rely on poor security practices to obfuscate who may be at fault when the wheels fall off.

“When investigating projects, one factor the NASAA could hone in on is what kind of security measures are put in place. The responses and attitude from those leading the project can be very telling of the motivations behind the project,” Hosho stated. “A legitimate company will want processes to be as secure as possible to protect their reputation and capital and would be aligned with making opportunities for bad actors more difficult. It’s very easy to investigate whether an ICO has had their smart contracts audited by a credible vendor and a penetration test done of their web applications.”

Between the ongoing actions by both state and federal regulators the good operators should inevitably rise to the top. Hopefully, once the dust has settled, the ICO industry can regain its footing in the US and become a favored location for digital asset Fintech innovation.