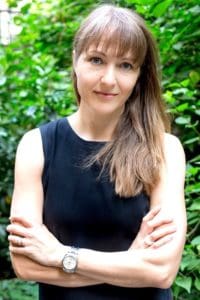 Levén, previously CFO at Swedeltaco AB, has a background in international growth and public offerings and is described as a strong addition to FundedByMe prior to upcoming listing at NGM as well as potential future ventures. Prior to SweDeltaco AB, she was Global Director at Cambridge University Press and was an executive at Thorlabs Sweden.

FundedByMe states that over the past two years the platform has grown stronger and larger – due to strategic acquisitions and recruitments. In the beginning of 2018 FundedByMe filed an application to be listed at NGM, which is expected to take place in the near future.

Between the years of 2016 -2017 FundedByMe reports that its revenue increased 52 percent while diminishing the net loss by 44 percent. In 2017, FundedByMe had kr 6.3 million in revenue. Due to this year’s total acquisition of the stocks in Laika Consulting AB, they expect to have a turn-over of kr 40 million the first joint business year.

“It is with great anticipation I look forward to working with FundedByMe and seeing them become a stronger and more global company. It is a company that has gone through an impressive journey through the years and I see it as a great opportunity. I can definitely use my previous experiences in international growth and become a part of the company that offers the ideal way of funding for entrepreneurs. FundedByMe makes the investor market a more democratic and inclusive place.”

Daniel Daboczy, CEO of FundedByMe, added they have searched and found the perfect candidate to guide the company forward as it becomes publicly traded.

“Her work will also be of major importance in future acquisitions or enterprises. Emma is incredibly experienced, competent and has the ambitions, the personality and the drive shared at FundedByMe. Having worked in a listed establishment is of course a big advantage but we value Emma as a great coworker,” said Daboczy.

FundedByMe is Scandinavia’s largest equity crowdfunding platform. FundedByMe was founded with the goal of creating companies with passionate people and today they have helped over 470 companies from over 25 different countries raise more than €52 million. FundedByMe has their headquarter in Stockholm with a local presence in Dubai, Finland, Malaysia, Poland and Singapore.