The strategic acquisition is said to bolster trade.io’s position in Europe. Primus will be rebranded as TIO Markets and will become the first company to offer FX trading using crypto assets as base currency for deposits and withdrawals, according to Trade.io. The launch is expected to take place at some point in Q4.

Trade.io completed its own initial coin offering earlier this year raising approximately $31 million. Users of trade.io may trade BTC, ETH, LTC, and it’s own crypto TIOx. For investors using TIOx, they will be offered substantial commission discounts, tighter spreads and other incentives. 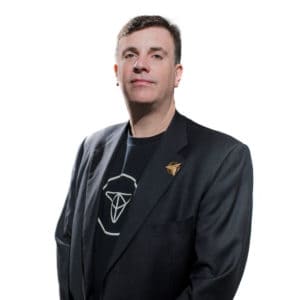 Trade.io CEO, Jim Preissler, said there is a need to embrace a higher degree of regulation. The acquisition of Primus Capital Markets will allow them to aggressively expand into the UK and the European region.

“At the same time, with an FCA regulated business, it provides management the opportunity to display to our clients we are striving for a higher standard and welcoming regulation instead of avoiding it,” said Preissler. “There are many similarities to crypto and FX trading, and by marrying the two and offering it under one of the most respected regulatory regimes in the world, it makes for the perfect acquisition.”

Damian McDowell, Managing Director of Primus Capital Markets who also serves as Director at trade.io, said they were very excited about the acquisition:

“trade.io is becoming a major player in the crypto space, and our clients will be extremely impressed with the Forbes CryptoMarkets partnership and other value adds they have in the pipeline. This was a natural fit for both firms, respectively.”