The Bank of France says that a much-publicized decision by its offshoot, The Prudential Supervisory Authority, to allow 3-4000 French tobacconists to start selling Bitcoin “coupons” has not been approved by the central bank itself, Europe 1 reports.

According to a statement by the Bank of France:

“Contrary to what was stated this morning, (…) without prior verification, no agreement has been signed to allow the sale of Bitcoin in tobacco shops.No agreement is discussed or envisaged on the subject,”

The plan, which may now be in limbo, was to roll out software across France January 1st which would allow participating tobacco stores to sell certificates or coupons for bitcoins in denominations of 50, 100, or 250 Euros. 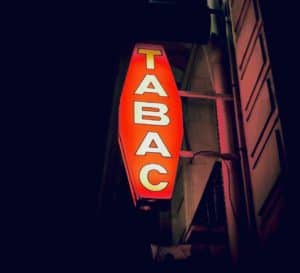 The coupons could thereafter be redeemed for bitcoins on the European crypto exchange KeplerK.

But according to the Europe 1, the Bank of France will now be, “interven(ing) as intermediaries in these operations.”

Crypto-to-fiat conversions and vice versa have long been a point of contention between the crypto-enthused and mainstream financial authorities and institutions, who have repeatedly expressed concerns about the known use of crypto in money laundering.

The same institutions, however, have also been accused of acting in an anti-competitive way against a sector regarded by some as a threat to the traditional financial establishment.

Bitcoin proponents say that it is the future of currency: a global, internet-bourne “value-transmitting” system controlled by no one.

But authorities in various jurisdictions have also identified the importance of being able to closely monitor crypto conversion points in order to combat crime and the financing of terrorism.

Because most cryptocurrencies are still only being accepted by a small number of retailers, any criminal wishing to redeem cryptocurrency proceeds of crime must find a place to cash out.

People seeking to launder money, too, could conceivably use the tobacco shops to part with dirty cash bit-by-bit.

Crypto aficionados, however, regularly insist that a majority of money laundering now is performed by licensed banks, and say regulatory the focus on crypto networks is lopsided.