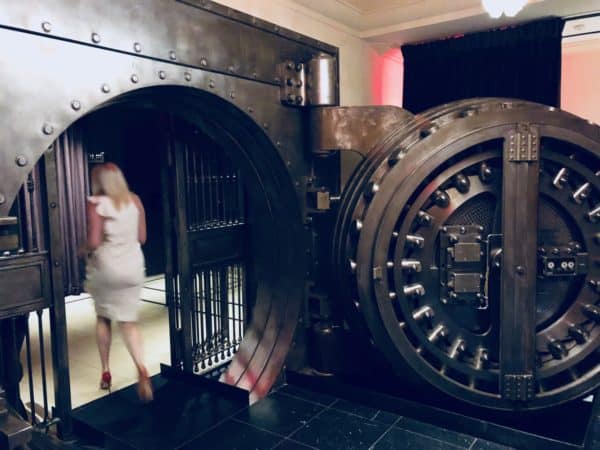 The SAFEs quickly became a popular structure for seed investing.  Early this fall, YCombinator introduced several changes to the SAFE, most significant among them is a change in the basis for conversion from a “pre-money” to “post-money” valuation.

YCombinator’s shift reflects two trends in the venture industry.  As The Wall Street Journal recently reported, there has been a big increase in the size of early-stage investments and valuation (“More Venture-Capital Money Is Going Into Fewer Startup Deals”, November 11, 2018).  Citing data from Pitchbook, the article indicated that the median size of seed investments in 2018 was $2 million, nearly 4 times the 2013 average.  Meanwhile, the median seed stage valuation rose by about 50% during the same time period.

In addition to deal size, seed fundraising has increasingly become a “phase” rather than a fixed point in time, with many ventures undertaking multiple raises during their seed phase.

A large portion of this financing is raised using convertible instruments such as convertible promissory notes and SAFEs.   As a result, the first “qualified financing,” usually associated with Series A (although sometimes occurring when Series Seed equity is issued), triggers a “wave” of conversions (the “Qualified Financing”).   The presence of multiple convertible instruments, often sold in individual financing events rather than as part of a round and potentially having different conversion caps, made it difficult for SAFE holders to accurately assess the value of their holdings.  Switching to a post-money valuation provides significant clarity.  A similar dynamic is leading to increasing use of post-money valuations in priced equity rounds as well.

Historically, these conversions were made based on the pre-money valuation of the venture at the time of the financing and the cap was applied on a pre-money basis.   The new SAFE provides that all SAFE funding is counted in determining valuation for purposes of calculating the conversion of the SAFE.

Under the old form SAFEs and convertible notes were excluded from the conversion calculation. However, the conversion calculation is performed before factoring in the new money funding the Qualified Financing. As a result, if a SAFE holder invests $100,000 with a post-money valuation cap of $5,000,000, the SAFE holder will own 2% of the company immediately prior to the Qualified Financing regardless of whether the company has issued other SAFEs or convertible notes prior to the financing.

Here is an example that illustrates the difference.  Calculations were done using a very helpful calculator on the angelcalc.com website.   In each case, the founders own 700,000 shares, there is $1,000,000 in issued SAFEs with a $5 million cap and 200,000 issued options.   The VC is investing $2 million at a $7 million post-money valuation (as a result the VC ends up with the same equity position under the old and New SAFEs).

Other than the choice of SAFE form, the financial terms of both financings are identical.  As a result, what is noteworthy about comparing the two cap tables is that the introduction of the new SAFE form resulted in a significant shift in equity from the founders and employees to the SAFE holder.

This shift in equity allocation would become more pronounced if the company issues additional SAFEs/convertible notes or options. Conversion on a post-money basis essentially provides the SAFE holder with anti-dilution protection.   The SAFE holder will own the same percentage of the company going into the Qualified Financing regardless of other financing activity by the company.

While the shift to a post-money basis is arguably the most significant change in the new SAFE, the new form includes several additional substantive changes:

What Does It All Mean?

When SAFEs were first introduced, they were widely perceived as founder-friendly alternatives to convertible promissory notes.  The revised form is somewhat more investor-friendly. 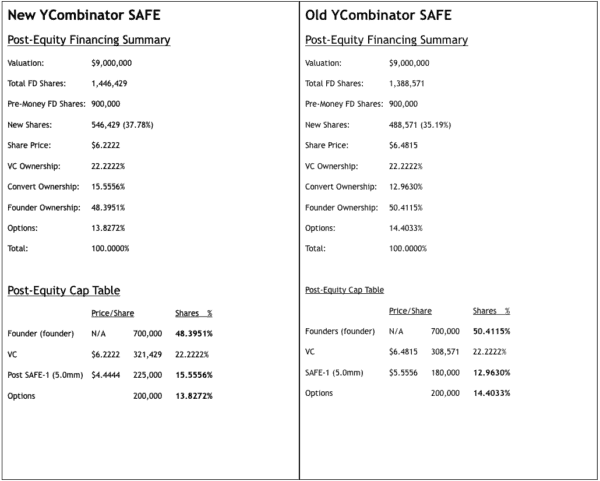