Global fintech BANKEX announced on Friday it has appointed Davidson & Co. to review its financial statements as it prepares to launch its very own securities private placement. This news comes less than a month after the company announced the launch of its own security token trading platform, BANKEX Token Exchange. As previously reported, BANKEX has developed a crowdsource proof-of-asset protocol of liquidity and an ecosystem built around it. The protocol facilitates digitalization, tokenization, and exchange of real assets. The company stated: 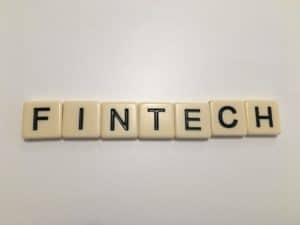 “Our mission is to add liquidity to assets that have an underrated value due to the way that classic financial markets currently operate.”

BANKEX reported it is performing a financial statement review is a proactive step aimed at increasing transparency with financial market regulators and a watershed moment for the nascent field of crowdfunding for the fourth generation Information Economy, i.e. blockchain,  startups.

“As Davidson and Co starts its review engagement, we become the forerunners of things to come – blockchain and crypto assets gaining a brick-and-mortar market dimension. Specifically, this review is one of several activities that were unilaterally undertaken by BANKEX designed to help our latest investors put a non-crypto value on our assets. We would like for our investors to envision the outcome of adding tokenized assets to valuations of companies that will use BANKEX Security Token Offering (STO) framework to raise money via STOs or list their tokenized assets on traditional exchanges, subject to appropriate regulatory approval.”

Khmel went on to add:

“As an early adopter of decentralized technology that offers real-time transaction visibility, BANKEX feels that its responsibility as a category creator is to offer similar transparency to its stakeholders. We also hope that our efforts to increase BANKEX transparency will lay the groundwork for BANKEX’s emerging vendor cloud for facilitating our clients’ STOs, as we start ramping up this service for our clients.”