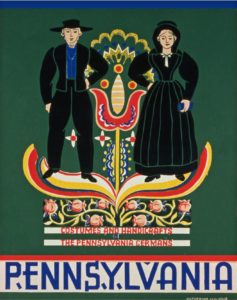 The Pennsylvania Department of Banking and Securities (DoBS) published guidance today exempting cryptocurrency exchanges and crypto ATM businesses from having to register in the state as money-transmission businesses.

According to Grimes Law, licensing as a money transmitter in Pennsylvania requires a Surety Bond of $1 million USD.

In “Money Transmitter Act Guidance for Virtual Currency Businesses,” the DoBS says it is issuing the clarification rather than answering individually to “multiple” inquiries about how crypto businesses do or do not fall under Pennsylvania’s Money Transmitter Act (“MTA”) and its licensing requirement.

The exemption seems to be derived from the DoBS’s conclusion that cryptocurrencies are not money:

“The MTA defines ‘money’ as ‘currency or legal tender or any other product that is generally recognized as a medium of exchange’…Pennsylvania law has defined money as ‘[l]awful money of the United States and ‘[a] medium of exchange currently authorized or adopted by a domestic or foreign government’…Thus, only fiat currency, or currency issued by the United States government, is ‘money’ in Pennsylvania. Virtual currency, including Bitcoin, is not considered ‘money’ under the MTA. To date, no jurisdiction in the United States has designated virtual currency as legal tender.”

According to this logic at the DoBS, it follows that businesses facilitating crypto trades are therefore not transmitting money:

“…(I)n order to ‘transmit’ money under the MTA, fiat currency must be transferred with or on behalf of an individual to a 3rd party…These Platforms never directly handle fiat currency; any fiat currency paid by or to a user is maintained in a bank account in the Platform’s name at a depository institution.”

The third party feature is also an important part of the DOB’s determination.

With regards to crypto exchanges:

“There is no transferring money from a user to another user or 3rd party, and the Platform is not engaged in the business of providing payment services or money transfer services.”

With regards to Virtual Currency Kiosks, ATMs, and Vending Machines:

According to Grimes, licensing as a money transmitter in the US can be an expensive proposition, with minimum Surety Bond requirements typically ranging anywhere from $10 000 USD (Idaho, Nevada, Wyoming and Wisconsin) to $500 000 in Michigan and $1 million in Pennsylvania.

Application and renewal fees can also be substantial and there are minimum net worth requirements.

“The position is interesting; it’s similar to the position that the Canadian government has taken. In Canada’s case, ammendments specific to “dealing in virtual currency” were prepublished last year (a final version is expected this year).”

“The position was similar in terms of the applicability of existing regulation applicable to money services businesses (MSBs).”

“That said, it’s worthwhile to caution that this is a state level interpretation, applicable to Pennsylvania only. Other states may take different approaches, and on a federal level, the Financial Crimes Enforcement Network (FinCEN) takes a different approach… meaning that even exchanges operating in Pennsylvania would need to consider the U.S. federal legislation.”