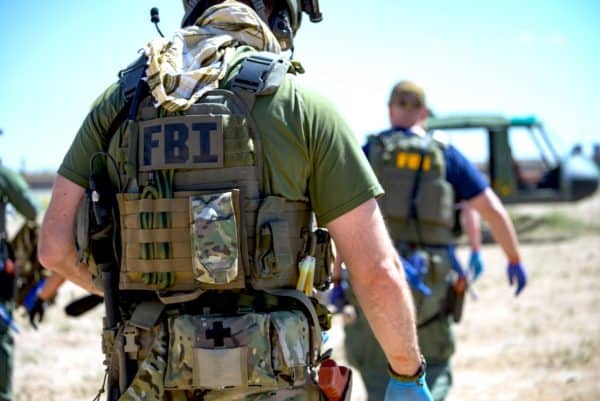 Netherlands-based payments news outlet The Paypers has published an interview with an unnamed investigator from the FBI (Federal Bureau of Investigation), America’s domestic intelligence and security agency, in which the agent suggested a direct correlation between the number of ERC-20 tokens in circulation and the number of scams:

“Investopedia stated that there were 20,000 distinct tokens operating according to the ERC20 standard as of the first weeks of 2018. CCN suggested that ERC20 tokens ‘almost single-handedly dominated the ICO bull market of 2017 and that many successful cryptocurrencies are founded according to ERC20 protocol.’ There is no reason to believe this trend will abate and we anticipate more tokens being offered in the future. The more tokens there are, the more risk there is for fraud in the market.”

While FBI does its best to “abate potential scams prior to investors being victimized,” mainly through, “industry outreach, the FBI’s source base, or just plain research,” successful ICO scams, said the agent, are nonetheless still accessing investors:

“Unfortunately, many citizens, both US and foreign, have fallen prey to fraudulent coin offerings, investment frauds generally, and other scams involving virtual currency.”

Fraudulent ICO projects, ICO markets appear to have remained ‘lucrative’ for scammers, and more education is called for:

“While the FBI and other law enforcement and regulatory agencies are actively trying to eliminate the scams and bring the scammers to justice, there seems to be a lucrative market for the scammers, meaning they continue to appear. Perhaps our best tool in mitigating fraudulent offerings is getting information out to the public that they need to be careful prior to investing in these projects.”

“The FBI has many employees versed in virtual currency and securities as well as multiple initiatives aimed at tracking and extinguishing virtual currency based schemes and the individuals that perpetrate them. We also work extremely close with our regulatory agency partners at the US Securities and Exchange Commission (SEC) and the US Commodity Futures Trading Commission (CFTC).”

The agent confirmed that all exchanges and companies running Bitcoin ATMs on US soil must register as part of anti-money laundering provisions:

The agent also suggested that tokens will be evaluated like ICOs by regulators:

“The regulatory landscape for cryptocurrencies is extremely muddy, but as a law enforcement agency, such a distinction has no bearing on our investigations of fraudulent offerings. The SEC determines if an offering is defined as a security by applying the US Supreme Court’s Howey test and in recent reporting I’ve seen the SEC opine that many of the tokens sold in 2017 and 2018 should have been classified as a security.”

Once again, investors are urged to exercise caution:

“As previously discussed, investors need to perform diligence prior to investing in any investment product. The FBI will continue our efforts to mitigate these threats and bring to justice the perpetrators, but the first line of defence against fraud is investors’ knowledge of the risk. We like to say the best victim is no victim at all.”