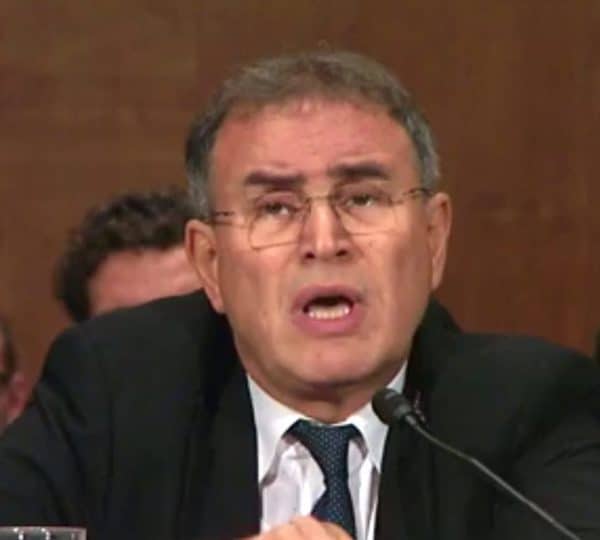 NYU Professor of Economics Nouriel Roubini, crypto’s favourite foil, has once again called out the cryptocurrency phenomenon and the “fanatics” behind it in an in-depth interview in the CFA (Chartered Financial Advisor) Institute’s Enterprising Advisor publication.

Roubini, who has been dubbed ‘Dr. Doom’ for his oft-sober analyses over the years, is known for having identified the housing bubble of 2008.

In late 2017, he began to vociferously criticize the phenomenon of cryptocurrencies after noticing what he describes as a “parabolic bubble” forming in the price of bitcoins.

As the price of Bitcoins sailed from $2000 USD to $20 000 in 2017, Roubini says this event was accompanied by a concurrent crescendo in the number of “retail suckers” asking him if they should invest, something Roubini considers a hallmark of a bubble:

“…(L)iterally anybody I knew, even random people in the street, would stop me and the first thing they would say, ‘Are you going to be part of the crypto movement? Should I buy Bitcoin?’ This was a typical late bubble behavior when some unsophisticated investors who are total suckers hear about the bubble, they don’t even know what it is. 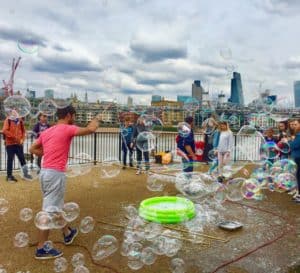 Neophytes who entered on the excitement in late 2017 were then ripped off by indifferent “insiders,” says Roubini:

“..(T)hey jump on the bandwagon having no clue, and the insiders took complete advantage of these suckers at prices of $20,000 per bitcoin and similar junk. Millions of people lost their shirts buying at the peak only to lose 80% to 90% of their investment in the next 12 months.”

Crypto advocates have repeatedly tried to sell crypto and related “blockchain” projects as “Internet 3.0” or “the Internet of Money.”

Roubini sees no such parallels:

“The internet was in a bubble in the late 1990s, but it was a real thing but valuations of many internet-related stocks were sky-high. Prices crashed and dot-coms went bust, but the internet kept on growing. Billions of people used it, and it has changed the world. Cryptocurrency as a technology has absolutely no basis for success, and the mother of all bubbles is now bust.”

When overwhelming numbers of investors and marketers were sounding the virtues of crypto, almost single-handedly, Roubini took on that “army” of crypto advocates on social media, people he calls “totally delusional”:

“…(T)o me, the whole crypto space is one of assets that are not really money. They’re not really a currency. They’re not a scalable means of payment. They’re not as stable in terms of store of value….That bubble started to burst because there was no real fundamental value on these assets. Then even bitcoin, since the peak, has lost almost 85% of its value. And that’s the best one because thousands of these s**tcoins were created as scams and have lost almost all of their value. The top 10 cryptocurrencies, excluding bitcoin, the average loss of value since the peak has been between 92% and 93%.”

As the bubble formed and after it popped, Roubini attended and spoke disparagingly of cryptocurrencies at numerous dedicated crypto conferences, where he says he met a gamut of unreliable crypto advocates, everything from “ignorant zealots and fanatics” to “criminals…and carnival barkers…insiders talking their books 24/7.”

“…I engage on Twitter and I also have attended many of these crypto or blockchain conferences. I met some of these individuals, and I must say I’ve never seen in my life people who on one side are so arrogant in their views, who are total zealots and fanatics about this new asset class, while at the same time completely and totally ignorant of basic economics, finance, money, banking, central banking, monetary policy.”

“They want to reinvent everything about money, but most of them are absolutely totally clueless. The ratio between arrogant and ignorant is astounding — I have never seen such a gap in my life.”

Although Roubini is fond of calling the crypto surge of 2017 “the mother and father of all bubbles,” he admits that, while many lost their savings, the scale of what is hopefully the last crypto bubble was relatively merciful compared to other crises:

“The saving grace of cryptocurrencies is that, unlike other bubbles that exploded and led to some sort of a systemic crisis, this asset class was relatively small. Unfortunately, lots of suckers lost their shirts, but it doesn’t have any systemic implications.”