Waves Platform, a global fintech startup, announced on Thursday it raised $120 million through its recent private funding round for its new enterprise blockchain solution. Founded in 2016, Waves revealed it is developing tools for building the decentralized technology layer that will become the backbone of Web3.0, its future digital landscape. 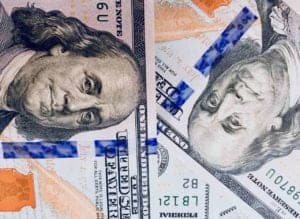 “Web3 will see progressive decentralization of critical online infrastructure, making extensive use of blockchain and other distributed technologies, while centralized servers continue to maintain key services and conduct computationally-intensive tasks.”

The latest funding round is dedicated to the Vostok project, which consists of the global Vostok blockchain platform and the Vostok system integrator for enterprise and government IT systems, and already has investors from Europe, Southeast Asia, and China.

“The Vostok project was developed by the Waves Platform team specifically for large enterprises and public institutions, to enable them to build the foundation of a next-generation digital infrastructure. It was announced on April 12, 2018, and has since been tested by major global organisations including Sberbank.”

Waves Platform also reported that in December 2018 it successfully closed the first investment round for $120 million with the total valuation of the Vostok project $600 million. Sasha Ivanov, founder and CEO of Waves Platform stated:

“The private blockchain platform Vostok will combine technological developments and innovations we tested when building the international Waves platform, with the advantages of other end-to-end digital technologies such as Artificial Intelligence, Big Data analytics and the industrial Internet of Things. In each of our strategic markets, we are launching an integrator company, with the help of which an ecosystem of Vostok solutions will be built. Second round investors will provide us with, among other things, opportunities to enter new markets.”