dozens, a “new banking and wealth management alternative,” is now nearing £3.8 million through its equity crowdfunding campaign on Seedrs. The round, which was launched last month, originally sought to raise £3.5 million and has attracted more than 2,000 investors. 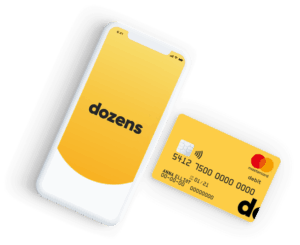 As previously reported, dozens describes itself as a new home for money, one that constantly helps users save and earn higher interest. The banking group brings together a current account, a smart budgeting tool, and an investment manager in one app, along with cash rewards for good financial behavior.

“Banks’ inability to use their customer’s data to help them save and dependence on credit products for profitability mean consumers are rewarded more for spending than for saving. Dozens was created to make saving easier and more rewarding for all, and is founded on a fundamentally new business model; we only make money when our customers do. With a full featured app at launch, Dozens has created a new home for your money. It brings together a current account, a smart budgeting tool, and a savings and investment manager – all in one app.”

Dozens is a trading name of Project Imagine, which has previously raised $8 million in funding, received two licenses from the FCA and is live on app stores. £2.5 million of this round has already been raised from existing shareholders, including STIFG.

“Dozens aims to fill this gap by offering an integrated current and investment account, that takes the UX level set by our competitors as hygiene, and instead focuses on balance sheet innovation, providing access to high return products.”

Funds from the Seedrs round will be used for initiatives for dozens, new product (financial + digital) development and the first phase of the banking license application. The funding round is set to close next month.