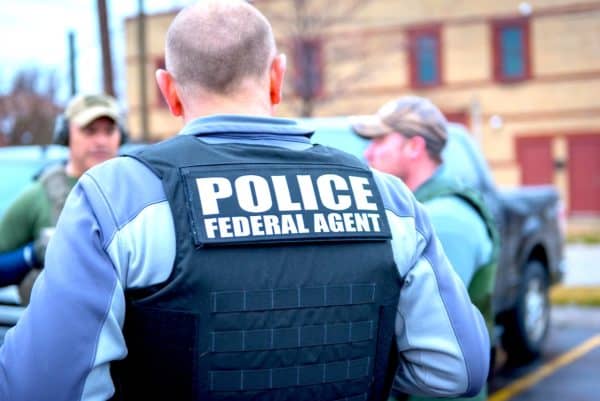 “Processed hundreds of millions of dollars of unregulated transactions on behalf of numerous cryptocurrency exchanges.”

The Federal Bureau of Investigation (FBI) has arrested American citizen Reginald Fowler, 60. The US Attorney for the Southern District of New York has charged him with bank fraud, conspiracy to commit bank fraud and operating an unlicensed money transmitting business in relationship to cryptocurrency activities.

If convicted of both bank fraud and conspiracy, Reginald Fowler could spend up to 60 years in prison. Fowler made his first court appearance yesterday in Phoenix, Arizona.

All told the two accused are believed by the authorities to have provided significant and unregistered “banking on-ramp” services to cryptocurrency exchanges.

Cryptocurrency exchanges have typically had a hard time securing a stable means of allowing customers to load trading accounts with real-world currencies.

Banks have explained their reluctance to serve these businesses as based on concerns about being unable to confirm the origin of funds processed by the exchanges.

The two accused were allegedly involved with an entity called Global Trading Solutions, a company crypto-reporter and analyst Larry Cermak of The Block has previously linked to the Bitfinex exchange.

Bitfinex is currently being compelled by authorities in New York State to provide comprehensive records of its affairs.

In particular, Fowler and Yosef are accused of providing, “…fiat-currency banking services to various cryptocurrency exchanges…(and) making numerous false and misleading statements to banks to open bank accounts that were used to receive deposits from individuals purchasing cryptocurrency.”

They are also accused of, “…falsifying electronic wire payment instructions to conceal the true nature of a voluminous cryptocurrency exchange business. Hundreds of millions of dollars flowed through the Crypto Companies’ accounts from banks located across the globe.”

>U.S. Attorney’s Office of the Southern District of New York claims, “Hundreds of millions of dollars flowed through the Crypto Companies’ accounts from banks located across the globe.”
The pair’s activities are being qualified by the US Attorney General as “shadow banking.”

“Reginald Fowler and Ravid Yosef allegedly ran a shadow bank that processed hundreds of millions of dollars of unregulated transactions on behalf of numerous cryptocurrency exchanges.  Their organization allegedly skirted the anti-money laundering safeguards required of licensed institutions that ensure the U.S. financial system is not used for criminal purposes, and did so through lies and deceit.  Thanks to the investigative work of the FBI and the IRS-CI, they will be prosecuted for their actions.”

Cryptocurrency advocates often envision their undertakings as providing a healthy alternative to traditional banking and finance, which they claim are unfairly supported by government bureaucracy and unevenly applied law enforcement.

Regarding the arrest of Fowler and the charging of Yosef, FBI Assistant Director William F. Sweeney Jr. stated:

“Lying to banks and skirting the regulations put in place by the banking industry is a violation of federal law, a crime both Fowler and Yosef are charged with today.  Taking it one step further, as alleged, Fowler himself directed the ebb and flow of significant amounts of money to and from these various bank accounts, despite the fact that he was not licensed to do so.  May this be a reminder to all that there are consequences to engaging in fraudulent behavior and risky business practices.”