The UK Economic Secretary to the Treasury, John Glen, delivered a speech today during CityWeek 2019. In his presentation, Glen spoke about the robust strength of the UK economy even while Brexit questions remain. Glen noted that unemployment is down, wages up, inflation is steady. The UK has experienced nine years of consecutive growth. The government expects more to come.

In financial services, there is a trade surplus of £60 billion. Glen said this was the largest in the world. 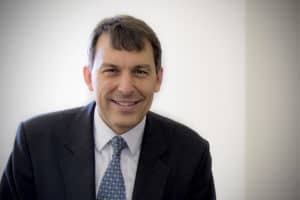 Speaking specifically about Fintech, Glen had this to say:

“Last month’s Fintech Week was a chance to reflect on progress since the government published our Fintech Sector Strategy. Our five Fintech Bridges are up and running, linking our most promising start-ups with overseas markets. The revolution in Open Banking is underway, heralding greater competition, innovation and choice than ever before. And our regulatory sandbox has been widely admired – and much copied – all around the world. Indeed, the FCA’s proposal to create a global sandbox has now found form in the Global Financial Innovation Network.

Operating since January, it’s looking at ways to enable firms to test products and services in multiple jurisdictions. A UK company – Onfido – is among those selected for the pilot programme. The very fact that the UK is front-and-centre of this work is testament to the global recognition of our Fintech strength.”

Of note, Glen touted the clearly global approach of the UK government, speaking directly about international relationships including Hong Kong and China.

“As the Chancellor made clear during his recent visit to China, the UK is a ‘natural partner’ when it comes to Belt and Road.”

Glen explained that London may be a European financial hub but it is a global financial center and he made it clear that they will do everything it can to maintain that status.