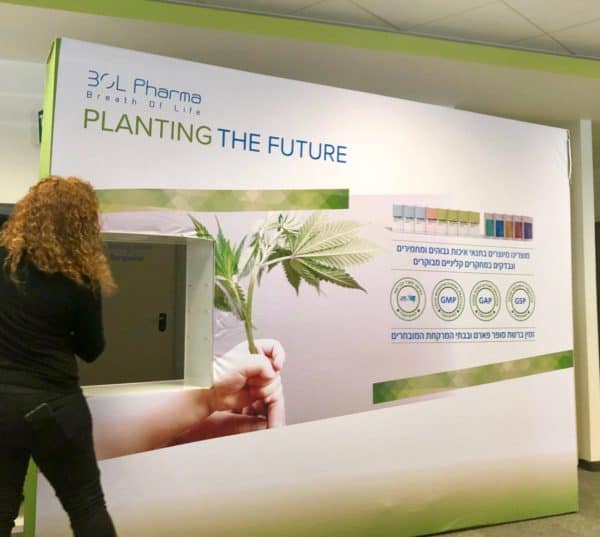 Cannabis company BOL Pharma (Breath of Life International) is preparing an initial public offering on the Toronto Stock Exchange (TSX). This is according to a company release and a preliminary prospectus filed in Canada. It was reported that BOL will have a valuation of around $1 billion.

BOL has taken a highly professional approach to medical usage of pharmaceutical grade cannabis product in a strictly controlled process. In Israel, recreational use is not legal but medical cannabis is widely available. BOL Pharma seeks to become the global leader in medical cannabis and the cannabinoid-based pharmaceutical and health and wellness industries.

Current and future products include:

BOL has targeted multiple markets for export including the UK, Canada, Australia, Germany and more.

The Offering is being co-led by BMO Nesbitt Burns Inc., Cowen & Company LLC and Scotia Capital Inc. as joint bookrunners.

BOL Pharma is an OurCrowd portfolio company. Recently, OurCrowd experienced two high profile exit opportunities as the platform holds shares in both Beyond Meat and Uber – each recently going public in an IPO.

To date, OurCrowd has claimed  34 exits with 11 of them occurring in 2018 as the crowdfunding portfolio matures. OurCrowd enables smaller (accredited) investors to gain unique investment access into processing early stage companies.