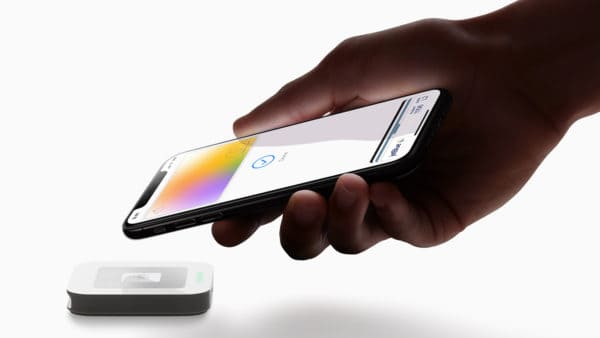 Apple Card, a “new kind of credit card” launched by Apple (NASDAQ:AAPL) in partnership with Goldman Sachs (NYSE:GS) is expected to be made available to the public within the next few days. In fact, it has been reported that invitation emails have already gone out to a small group of iPhone owners. More will follow during August.

The tie-up with Goldman Sachs is made more interesting due to Goldman’s fast-growing digital bank Marcus. The challenger bank started life as a consumer online lender. Marcus has since pushed into other banking services with additional features in the works.

Pitched as a more secure, feature-rich type of credit card, one that gives cashback daily on purchases, most observers expect the Apple Card to be a hit out of the gate. The affiliation with Apple, and its enormous installed user base and iPhone integration, virtually assures wide adoption of the Apple Card.

But not everyone is enthusiastic about Apple’s deeper push into Fintech and some have criticized the high-interest rates users may pay to access the credit.

One detractor is LendingClub (NYSE:LC), an online lending platform that has long touted its ability to lower consumer debt by providing access to low-cost loans; mainly utilized for debt consolidation of high-cost credit cards which some consumers struggle to manage.

In fact, on the low-end, LendingClub is currently offering rates of 6.95% to borrowers. According to the most recent card users agreement published last week, Apple Card users can hope to pay at best an interest rate of 13.24%. Almost double of what some customers may access on LendingClub, depending on your credit score.

Crowdfund Insider recently spoke with Anuj Nayar, Financial Health Officer at LendingClub, and he told us why the Apple Card “spells disaster for consumers across the U.S.”

You said that launching a credit card refinancing product and then a credit card two years later is equivalent to building a fire station and then going into the woods with a flamethrower. Please explain?

Anuj Nayar: Americans don’t need another credit card. They need the right tools to help them build their financial futures and pay down debt without the opportunity to accumulate more at high-interest rates. Goldman Sachs tried to pursue building a helpful consumer tool with Marcus but now has slipped back into its old ways, looking to make money by getting consumers hooked on revolving, high-interest debt on Apple’s credit card. 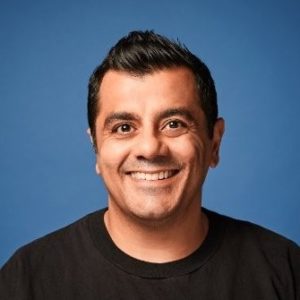 Isn’t household debt, as a percentage of GDP, down considerably versus a decade ago? Doesn’t this indicate better financial management?

Today, one in five Americans aren’t saving for retirement at all, and more than half of Americans are living paycheck to paycheck. Revolving credit card debt will make it impossible for these Americans to get back on a path to financial health and begin saving for their future.

In addition, for the first time in a decade and since the financial crisis in 2008, the Fed cut interest rates by a quarter-point, saying they were taking the action to prepare the U.S. economy for a global slowdown. As we prepare for a recession, this means that households carrying debt will likely grow, and consumers will struggle to make their payments.

The Apple Card will incorporate features to assist users to better manage their finances. Isn’t that a better type of card than more traditional offerings?

Anuj Nayar: While it’s to be expected that the Apple Card may incorporate features that will help users manage their finances — like spend tracking and budgeting, purchase notifications, and payment tracking, features that already exist across personal finance mobile apps — at the end of the day, it’s still a credit card.

And credit cards profit off of revolving debt. Traditional credit cards may not have these offerings, but ultimately they’re the same, with more or fewer bells and whistles.

Do you expect Marcus to promote debt consolidation within the Apple Card ecosystem?

Anuj Nayar:  Absolutely. It makes sense for Goldman Sachs to want to make the most of their partnership with Apple and keep their hands on consumer debt.

With $1.03 trillion in total revolving debt in the United States and the average for balance-carrying households coming in at $9,333, Americans need products and solutions that put them on the path to financial health — not ones that make it easier for them to continue to accumulate debt.

Why doesn’t LendingClub offer credit card for your users? Isn’t this just another type of loan where LC can coach consumers on how to better manage their finances?

Anuj Nayar: Two of the key differences between a personal loan and a credit card is first that you start paying off the principal with your first payment versus just the accrued interest with a credit card and secondly that you have a fixed time period to pay it off versus revolving.

For the time being, we are focused on innovating to help individuals manage their credit card debt and put them back on a path to financial health.

In comparison to the competition, do you expect Apple Card to be a success?

Anuj Nayar: The Apple Card is definitely an interesting idea, and I look forward to seeing the features they incorporate to help adopters manage their finances, and how it impacts consumer credit card debt.