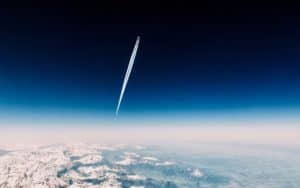 OurCrowd backed “new space” company NSLComm has signed a multi-million dollar contract with a “large multinational entity.” NSLComm has developed an “expandable” nano-satellite solution as a solution to the global demand for increased connectivity.

NSLComm’s solution is said to represent one of the largest leaps forward in satellite antenna performance-to-weight/volume ratios. The technology permits antennas to be stowed during launch in a compact volume and deploy while in orbit, saving mass, volume, and supporting structures.

“NSLComm is proving that in space, size matters,” said OurCrowd CEO, Jon Medved. “NSL is providing the highest performance and highest bandwidth in the smallest satellite package, which will forever transform the way we look at satellite communications.”

Beyond OurCrowd, other investors include Jerusalem Venture Partners (JVP), Cockpit Innovation and Liberty Technology Venture Capital II. The company is also supported by the Israel Space Agency at the Ministry of Science & Technology, and Kodem Growth Partners in New York City.