Tide, a UK-based SME challenger banking, announced on Monday it secured £44.1 million through its Series B funding round, which was led by specialist fintech investment companies, The SBI Group and Augmentum Fintech plc. 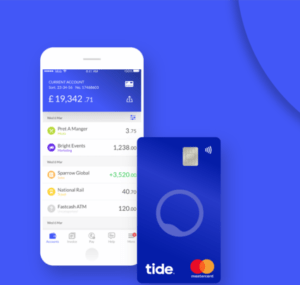 As previously reported, Tide describes itself as a current account that saves businesses time and money with its tools that automate bookkeeping and make paying/sending invoices quicker.

“We’re building a banking service for small businesses and freelancers. One that helps them do less banking, so that entrepreneurs can get back to doing what they love. Within a year of launching, 1 in 12 of all new business current accounts in the UK were opened with Tide. But we’re not stopping there. We believe the world would be a better place if more people did what they loved. And that’s why we’re building Tide.”

Tide revealed this is the first round of Series B fundraising and the second round is expected to close by the end of the year. The additional funding will be used to help Tide to increase its share of the UK business banking market, as well as to support the banking platform’s planned international expansion. Speaking about the investment round, Oliver Prill, CEO of Tide, stated:

“Securing this substantial investment from successful fintech investors like The SBI Group and Augmentum, underlines how far the business has come in a short time. We believe this is one of the largest Series B rounds ever secured by a UK fintech company. As we outlined earlier this year, securing more funding means we can accelerate our strategy to capture a significant share of the UK SME banking market. We want to challenge the oligopoly that has dominated and failed SMEs for too long. With a clear plan for growth in the UK backed by significant investment, we are ready for an exciting future, which includes looking at taking Tide to an international market.”

“Since we first invested in Tide last year, we have been impressed by how the team have delivered significant growth. Tide fits our investment criteria. It is disrupting its market by challenging incumbents, bringing efficiencies to the end customer, and is led by a talented and driven management team. We look forward to supporting Tide in its next stage of growth.”