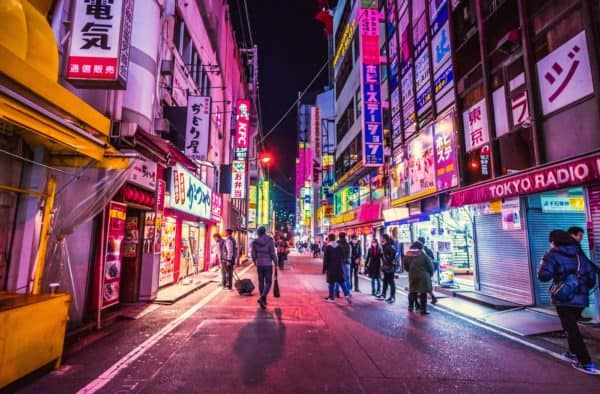 The firm believes a combination of factors, including local RE investing yields of 3-10 percent, negative interest rates, and the forthcoming 2020 Olympics in Japan make for an attractive proposition.

The offering is being made in collaboration with token-issuance platform Securitize, and Lead Real Estate says it is being conducted, “in accordance with the regulations of the US SEC regulation D and S, with documents prepared by Greenberg Traurig, LLP (Miami, FL…).”

Lead Real Estate also says that Kazuyuki Hamada, a former member of parliament in Japan and current international political economist, as well as Yukuo Takenaka, CEO of Takenaka Partners, participated in the project as advisors, and that both are experienced in developing securitization of global real estate.

Though it is perhaps more accurate to say that token platforms establish a different third party in real estate transactions, according to Ledger Insights:

“The main benefit of tokenization is that a token issuer can directly sell to an investor. This removes the middlemen, such as brokers or agents, to buy or sell properties. For property developers, it opens new means of funding without approaching banks, and other financial institutions.”

Such platforms also allow for investing in small fractions of an underlying asset.

Investors should take care to assure that all parties involved in these deals are regulated and reputable. There have also been issues of slowness and periodic high fees on underlying tokenization protocols such as Ethereum.

Securitize, based in San Francisco and which issues token on Ethereum and Tezos, announced in September that it had raised $14 million in a funding round led by three multinational banks: Banco Santander (InnoVentures), MUFG (Mitsubishi’s VC arm) and Nomura Holdings.

Lead Real Estate describes itself as a “real estate development company in Tokyo…around since November of 2003.”

The company, “develops and sells single apartment buildings, luxury homes, hotels, office buildings, and Ryokans in premier locations…Lead Real Estate also deals with real estate outside of Japan. In the United States they have deals in Long Beach, Las Vegas, and Dallas. In other parts of Asia, they deal with real estate in the Philippines.”

Lead Real Estate also claims to be a sponsor of the World Blockchain STO Summit Conference, underway October 23rd and 24th in Dubai.