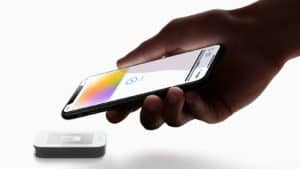 First Investment Bank (Fibank), the third-largest bank in Bulgaria, is teaming up with Mastercard to introduce the Apple Pay (NASDAQ:AAPL) service. Fibank customers who have a Mastercard credit or debit card can add it to their Apple Wallet in order conduct fast, secure, and private mobile payments.

As explained in the release: “Security and privacy is at the core of Apple Pay. When you use a credit or debit card with Apple Pay, the actual card numbers are not stored on the device, nor on Apple servers. Instead, a unique Device Account Number is assigned, encrypted and securely stored in the Secure Element on your device. Each transaction is authorized with a one-time unique dynamic security code.”

It’s easy to install Apple Pay and users will get all the benefits and rewards they usually get with bank-issued credit and debit cards. For making payments in stores, Apple Pay is compatible with iPhone SE, iPhone 6 and later models, and also the Apple Watch.

Online shopping via apps or through e-commerce sites that take Apple Pay can be done with Touch ID, or simply double-clicking the side button and looking at your iPhone X in order to verify with Face ID.

Users are not required to fill out lengthy account forms or manually type in shipping and billing details when using Apple Pay. While making payments for items on the go in apps or Safari, Apple Pay will work with iPhone 6 and later models, the iPhone SE, iPad Pro, iPad (5th Generation), iPad Air 2, and iPad mini 3 and later models.

Apple Pay can also be used in Safari on any Mac computer that was introduced in 2012 or later that runs macOS Sierra. The payment can be confirmed with iPhone 6 or later and Apple Watch. Touch ID on the latest MacBook Pro can also confirm payments.

Users can digitize their payment cards via Apple Wallet, or through an approved mobile device in the My Fibank app.