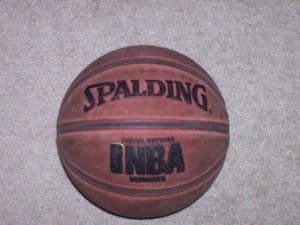 Professional NBA basketball player Spencer Dinwiddie, who plays for the Brooklyn Nets, recently noted that his DLT-enabled tokenized investment vehicle will be officially introduced on January 13, 2020. This, despite the NBA’s warning that it might ban him from the US and Canada-based professional basketball league.

The tokenized bond will reportedly be issued with the assistance of security token platform Securitize, whose CEO Carlos Domingo confirmed the partnership via Twitter.

In statements shared with The Block, Domingo revealed:

“First bond being managed by a digital transfer agent operating on the Ethereum Blockchain. Hopefully many more to come.”

The idea of issuing this type of bond was first introduced in October 2019 when Dinwiddie revealed his intentions to launch an Ethereum blockchain-powered investment platform, DREAM Fan Shares, in order to sell 90 crypto tokens, referred to as SD8 coins. The scheme would allow the professional athlete to instantly acquire $13.5 million off of his $34 million three-year NBA contract. Token investors would get monthly payments for the next three years along with a fixed base interest rate of 4.95%.

However, the NBA did not approve of Dinwiddie’s proposal, arguing that the blockchain-based tokenization platform would violate the NBA players’ collective-bargaining agreement. The third year of Dinwiddie’s contract is optional, meaning that investors could earn more through dividends in 2021 if the NBA player chooses to commit to a higher-paying contract with another NBA team.

“Pretty much what they said was that the player option was gambling. And that would’ve been cause for termination.”

During the last three months, Dinwiddie has reportedly held discussions with the NBA’s legal representatives, and the Brooklyn Nets player had decided to take out the clause about the promise of a chance at getting higher dividends during the third year.

The Athletic reported that NBA officials are currently reviewing the player’s updated proposal, meaning there’s a chance that the tokenized platform might not launch January 13, 2020.