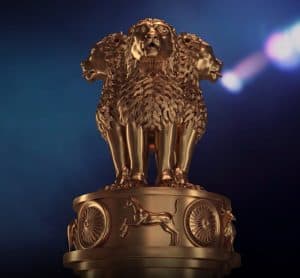 In a landmark ruling, the Supreme Court of India on March 4, 2020 officially removed the restrictions imposed by the Reserve Bank of India (RBI) on regulated commercial entities, which prohibited local banks and non-banking financial companies (NBFCs) from offering services to firms and individuals dealing in cryptocurrencies.

The Court ruled that RBI’s notice, which instructed local banking institutions to suspend banking services being offered to any individual or company trading crypto assets, must be set aside on “the ground of proportionality.”

The Supreme Court of India stated:

“When the consistent stand of RBI is that they have not banned virtual currencies (VCs) and when the Government of India is unable to take a call despite several committees coming up with several proposals including two draft bills, both of which advocated exactly opposite positions, it is not possible for us to hold that the impugned measure is proportionate.”

As first reported by local news site Live Law, the case, Internet and Mobile Association of India vs RBI, was heard by a three-judge panel, which included Aniruddha Bose, Justices R F Nariman, and V Ramasubramanian.

In April 2018, the RBI had released a circular which banned regulated financial services providers from offering services to firms dealing in virtual currencies (VCs). The blanket ban became effective just three months after the circular had been issued. The RBI’s ruling forced local banks to close down the accounts of local digital currency exchanges.

The circular was published on April 6, 2018, and it instructed local commercial entities regulated by the RBI to stop dealing in VCs. They were also told not to offer services for “facilitating any person or entity in dealing with or settling virtual currencies.”

Regulated entities were also told, “to exit the relationship with such persons or entities, if they were already providing such services to them.”

This ruling was later challenged by the Internet and Mobile Association of India in the nation’s Supreme Court, and also by several other major stakeholders in the country’s crypto industry.

At the time, the Association was made up of several local crypto firms, most of which had been operating cryptocurrency exchanges.

“The position as on date is that VCs are not banned, but the trading in VCs and the functioning of VC exchanges are sent to comatose by the impugned Circular by disconnecting their lifeline namely, the interface with the regular banking sector. What is worse is that this has been done (i) despite RBI not finding anything wrong about the way in which these exchanges function and (ii) despite the fact that VCs are not banned.”

Advocate Ashim Sood, representing the IAMI, argued that the RBI did not have the authority to prevent financial institutions from dealing in virtual currencies. The ban had been placed based on an inaccurate understanding of these assets, as it’s not possible to effectively regulate decentralized cryptocurrencies, Sood noted.

It was also argued that decentralized cryptocurrencies are not actually “currencies” because most of them have not been able to function effectively as a medium of exchange or store of value due to their volatile nature.

Senior Advocate Shyam Divan, representing the RBI during the Supreme Court hearing, argued that VCs are a type of online payment method, which falls under the RBI’s jurisdiction. Divan noted that the impugned decisions were needed because the RBI believes cryptocurrency transactions don’t qualify as a payment system.

According to the RBI, crypto transactions are only peer-to-peer transfers of value that don’t go through any official system provider under the Payments and Settlement Systems Act. Even though crypto transfers can be made independently of a third-party system, these transactions can still potentially become accepted as a parallel or alternative system of payment.

It had also been argued by the RBI that VCs may be used to carry out illicit activities due to their pseudonymous nature.

You can access the Supreme Court’s full judgment below.