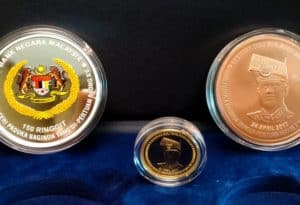 Bank Negara Malaysia (BNM) has released an updated exposure draft, which covers the licensing guidelines for all-digital banks. The draft from the nation’s central bank proposes a simplified set of regulations for neobanks.

“(For) capital adequacy requirement, the risk categories to calculate the credit and market risk components for risk-weighted assets under Basel II capital framework has been rationalised into simpler categories.”

“(For) liquidity requirement, 25% of the digital bank’s on-balance sheet liabilities must be held in high-quality liquid assets.”

BNM pointed out that digital banks will have to comply with relevant regulatory guidelines which are also applicable to traditional financial service providers. These will apply after all-digital banks have moved past their initial launch stage. BNM confirmed that the consultation period for the exposure draft has been extended until April 30 of this year.

“All feedback on the exposure draft should be submitted to the bank by April 30, 2020. Applications for new licence(s) will be open upon issuance of the policy document.”

The exposure draft on the licensing and regulatory framework for neobanks was released in late December 2019. The reserve bank said it will be issuing up to five operational licenses to eligible applicants, so that they can offer such services, for regular and Islamic banking customers in Malaysia.

The newly proposed digital banking regulatory framework will examine how these banks can offer financial products to help the country’s underbanked population.

BNM said it’s important to safeguard depositors’ interests, and pointed out that digital banks have not yet offered services in a full financial cycle.

The bank says the policy document should be ready by the first half of 2020. Applications for license will be open after the document has been published.

Datuk Mohd Izzaddin Idris, deputy group CEO at Axiata, confirmed that several parties have expressed an interest in working with the firm, which includes banks and digital wallet providers.

“The exposure draft (for digital banking regulations) came out in December and we’ve provided our comments and have been engaging with BNM. So, hopefully, we can form the partnership that’s needed to make the submission in due course,” Mohd Izzaddin said during a media briefing in Kuala Lumpur last month.”