Property investment platform CrowdProperty announced on Monday it has appointed former ESF Capital and ThinCats CEO, John Mould, as Non-Executive Director of its board. 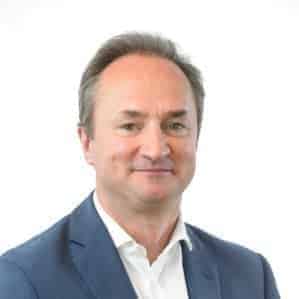 CrowdProperty reported that Mould oversaw the acquisition of ThinCats by ESF Capital and subsequently took the funding business from £150 million cumulative lending to £600 million. Also during his time as CEO,  ThinCats doubled both lending and revenue in each of the past two years after setting and executing a differentiated strategy in the alternative finance business lending market.

Prior to his time with ThinCats and ESF Capital, Mould served as COO at Hermes Investment Management, COO at New Star Asset Management and an Executive Director at Morgan Stanley. CrowdProperty notes that Mould brings financial services, asset management, risk management and alternative finance operating expertise to its board. Speaking about Mould’s appointment, Mike Bristow, CEO of CrowdProperty, stated:

“We’re extremely excited to have John joining the CrowdProperty team. We’re building a long-term lending business founded on asset-class expertise, strategic differentiators and knowledgeably solving the fundamental pains evident in the sector for borrowers, lenders, the under-supplied UK housing market and critically the UK economy in terms of increased spend on labor, materials, and services.”

Mould then shared that he believes the CrowdProperty business model, fundamental expertise at the “core of the business.” He added:

“It’s impressive how the team has taken their time to build a strategic advantage in the sector and can now controllably, selectively and profitably scale, with quality at the core. I particularly like their long-term business focus and their pursuit of excellence – it’s easy to see huge potential, hence gladly accepting the position to bring complementary perspectives to the board.”