IOHK (Input/Output Hong Kong), a research and development (R&D) firm focused on bringing innovation via blockchain and cryptocurrencies, has confirmed that it will be joining the Hyperledger initiative and W3C.

Hyperledger is an open-source project focused on blockchain or distributed ledger technology (DLT) development. It was launched in December 2015 by the Linux Foundation. Hyperledger has received support and contributions from IBM, Intel and SAP Ariba.

Cardano (ADA) and Ethereum (ETH) founder Charles Hoskinson, who’s also the CEO at IOHK, claims that his organization will benefit from sharing knowledge and expertise with W3C and Hyperledger developers. 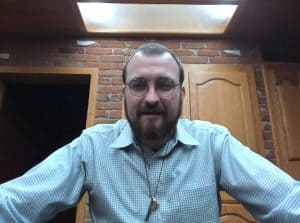 “We would like to start consolidating some of our enterprise ledger ideas and bring it there, ‘A,’  because there’s just a lot of knowledge in that circle. And ‘B’, it helps us with the bidding process. When we’re deploying a permissioned system, government procurement and corporate procurements, a little bit more familiar with Hyperledger.”

IOHK’s contract with the Cardano Foundation will be expiring at the end 2020. IOHK is currently planning to present its proposal, in order to hopefully get their contract renewed. A key part of the proposal will be outlining a clear development roadmap for building an enterprise-grade version of Cardano, a project that has been delayed for a very long time.

“One of the things that we will explore is how do we create an enterprise version of Cardano? And we’ll make a proposal for that at the end of the year when we’re proposing to the community IOHK contract renewal for the next five years for Cardano. And there’s going to be certainly an enterprise component to that renewal.”

Hoskinson claims that the Cardano blockchain will be able to seamlessly switch between permissioned (private) and permissionless (public) modes.