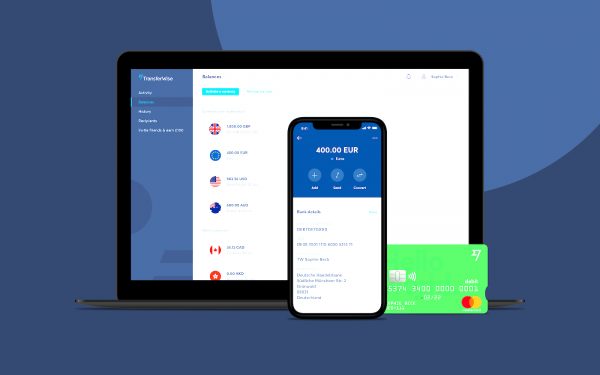 As has been rumored for some time now, Transferwise has raised additional funding at a valuation of $5 billion – a 43% increase to its last funding round. According to a note from the Fintech, Transferwise has closed on $319 million in new capital with existing shareholder Lone Pine Capital leading the round.

New investors D1 Capital Partners and Vulcan Capital also came on board while existing investors Baillie Gifford, Fidelity Investments and LocalGlobe expanded their holdings. Transferwise said that it is experiencing “accelerated growth in all areas of the profitable business” possessing a “strong balance sheet” and is not raising any primary capital.

Kristo Käärmann, Transferwise CEO and co-founder, commented on the funding round:

“There’s lots of talk about unicorns, but in reality, we’re building something even more rare. TransferWise is a fast-growing, profitable business, guided by a mission to build the best way to move money in the world – instant, convenient, transparent and eventually free. Nine years in, we’re saving our customers £1 billion in hidden fees every year. That’s a start, but only a small dent in what banks collect. We’re still at the beginning of a long journey, and we’ve built a financially sustainable company to get there. We’ve been funded exclusively by our customers for the last few years and we didn’t need to raise external funding for the company. This secondary round provides an opportunity for new investors to come in, alongside rewarding the investors and employees who’ve helped us succeed so far.”

Of note, the round enabled some shareholders and employees to sell a portion of their holdings to other new and existing investors. Employee share sales were settled using the TransferWise for Business platform.

To date, Transferwise has attracted over $1 billion in primary and secondary share sale transactions. In the past, Transferwise has indicated it does not feel any pressure to go public. Today’s funding round and reports of profitability push any thoughts of an IPO out even further.

Several weeks ago, Transferwise announced FCA permission to offer savings and investment options in the UK via the TransferWise borderless account. This new service is expected to launch within the next 12 months.

Perhaps a bigger question is when Transferwise will roll the investment and savings feature across the world. Once users have access to borderless accounts combined with savings and investment options the value proposition created by Transferwise will be even better in contrast to old brick and mortar banks.

The TransferWise borderless account is reported to hold over £2 billion in current deposits. One million debit cards have been issued by the Transferwise since 2018. The Fintech claims more than 8 million users.

COVID-19 has helped to propel the firm as Transferwise has seen an uplift in new customers seeking digital alternatives helping to drive transfer volumes higher.

TransferWise for Business is one of the fastest-growing segments of the TransferWise portfolio and the company says it has recently launched partnerships with small business firms Xero and GoCardless. The company reports that it is adding 10,000 business customers every month.

Transferwise shared the following bullets regarding its business:

“TransferWise has built an exceptional platform within the cross-border payments ecosystem by maintaining an unwavering focus on its customers and constantly innovating. We have been impressed by the extensibility of TransferWise’s platform, which now includes individuals, businesses and financial institutions among its customers. We are proud to partner with Kristo, Taavet, and the entire TransferWise team.”