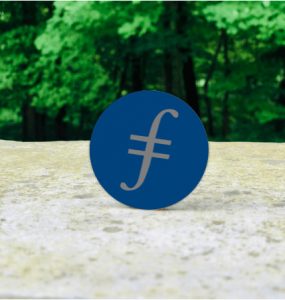 FileCoin, a token issuer that completed one of the most successful offerings on record raising $205 million, says that available storage now tops 2.5 billion gigabytes (2.5 exbibytes (EiB)). In November, it was reported that Filecoin had 1 billion gigabytes of storage.

Filecoin is a project that seeks to challenge established crowd providers like AWS. By using a decentralized approach, Filecoin seeks to provide the same or better for a lower cost.

Colin Evran, Ecosystem Lead at Filecoin, said that only 7% of the world’s data that gets generated actually gets stored and that ratio is decreasing over time —that storage capacity will be down to 5% in the next 5 years.

“At this rate, the current cloud storage infrastructure can’t keep up, a worrisome omen for our splinternet battles yet to come. In a two-sided marketplace, you have to grow supply and demand at the same rate and Filecoin doesn’t have that restraint,” Evran said. “Phase 1 focuses on capacity building, and product optimization, and the remarkable growth of the network has exceeded everyone’s expectations. Comparing it to the internet – what matters at first is that there is room to build – this is the linchpin that will ultimately see the shift from users to Web 3.0.”

Evran said reaching 2.5 EiB is a pivotal moment for the company.

Filecoin commented on a “Photographic Archive of Trust” that was co-developed by the USC Shoah Foundation and Stanford University’s Department of Electrical Engineering, Project Starling. The project combined technology from IPFS and Filecoin in collaboration with the Adobe-led Content Authenticity Initiative to create A Photographic Archive of Trust that archived photos by Reuters photojournalists documenting the  78 days of the United States presidential transition, between the election and Inauguration Day – over 250 photos were cryptographically sealed and verified, including photos from the day of the Capitol Hill insurrection.

By harnessing underutilized storage Filecoin wants to reduce the barriers to entry for storage providers and turns cloud storage into a commodity.

The Filecoin community is said to be at over 1,390+ active miners, 90+ organizations building on the network, 200+ new projects entering the ecosystem through dedicated accelerators and hackathons, and more than 5,497 contributors on GitHub.

Filecoin has not been without its detractors and has experienced multiple delays. Filecoin creator Juan Benet, CEO of Protocol Labs, said at the end of 2020 that “paradigm-shifting technology takes time.”