Splitwise, a U.S.-based interpersonal finance app for sharing expenses, announced on Wednesday it raised $20 million through its Series A funding round, which was led by global venture capital and private equity firm, Insight Partners. The company previously raised a total of $10.2 million in funding from over five rounds, recently securing funds in July 2018. 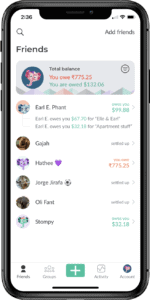 Founded in 2011, Splitwise stated it makes splitting bills with friends and family easy by organizing all shared expenses and IOUs in one place so that everyone may see who they owe.

“Whether you are sharing a ski vacation, splitting rent with roommates, or paying someone back for lunch, Splitwise makes life easier. We store your data in the cloud so that you can access it anywhere: on iPhone, Android, or on your computer. Most people want to be fair to each other, but sometimes they forget, or can’t decide on what fair is. In addition to helping people honor their debts, we provide mediation advice about fairness issues through our ‘fairness calculators.’ These calculators turn our crowdsourced data into a neutral fairness opinion about your personal situation.”

Splitwise further revealed as of April 2021, more than $90 billion in total transactions had been split on its platform, and earlier this month, the company launched an update of its Android app to better serve global customers and markets. Splitwise also noted that despite the COVID-19 pandemic, it has experienced dramatic increases in household cost sharing. Jon Bittner, Splitwise Co-Founder and CEO, further shared details by stating:

“Amid COVID-19, Splitwise was more important than ever for people who live together, allowing them to share costs of daily essentials when they were hard to come by. I’m even more excited about the year ahead as the world reopens to travelers, who will also benefit massively from sharing expenses with Splitwise.”

Splitwise went on to add that it is planning to use the Series A funds to grow its team, as well as accelerate global customer growth and create new partnerships with fintech and financial services platforms.