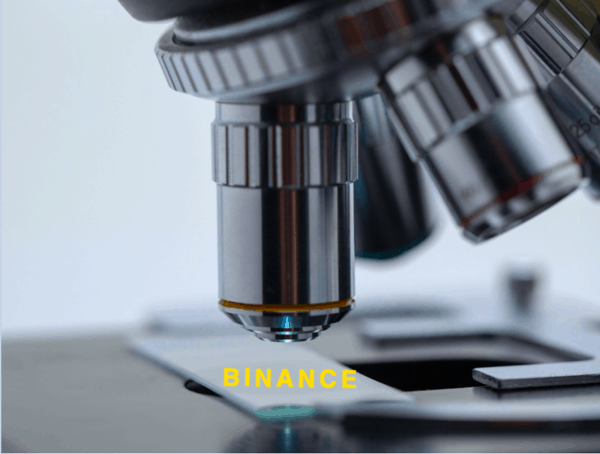 Last month it was widely reported that Binance, the largest cryptocurrency exchange in the world, was under investigation by US authorities. Both the US Department of Justice (DOJ) and the Internal Revenue Service (IRS) were said to be scrutinizing the activity of the digital marketplace. Binance quickly issued a statement indicating they take their legal obligations very seriously and have been collaborating with regulators and enforcement officials:

“We have worked hard to build a robust compliance program that incorporates anti-money laundering principles and tools used by financial institutions to detect and address suspicious activity,” stated the company.

Earlier this year, it was reported that the Commodities and Futures Trading Commission (CFTC) was also looking into the Binance operations.

All of this arrives at a time of change in the US government as the Biden Administration takes over and new leadership steps in to guide policy and regulatory issues. The new Chairman of the Securities and Exchange Commission (SEC), Gary Gensler, has mentioned on several occasions that he is concerned about the lack of regulatory oversight at crypto exchanges. This has lead to more discussions about new rules and possible enforcement actions.

Recently, Crowdfund Insider connected with Clark Frogley who spent ten years as a Federal Bureau of Investigation agent investigating issues like fraud and money laundering. After stints at big banks and other global firms like Goldman Sachs and Deutsche Bank, Frogley is now Head of Financial Crime Solutions at Quantexa – a deep data firm providing services to the financial industry. CI discussed the news of the Binance investigation and what may be in store for crypto exchanges going forward. Our discussion is below.

Were you surprised about the report that Binance is under investigation?

Clark Frogley: I was not really surprised. One thing we learn in law enforcement is that if there is a way to make legitimate money, it can and will be exploited by others to launder proceeds from criminal activity. Anyone receiving ill-gotten gains has to find a way to integrate it into the financial system. The unregulated aspects of Crypto exchanges make it an attractive avenue for those reasons, so finding that there was an investigation was not a major surprise.

Binance has been operating for many years. What took authorities so long to investigate Binance? 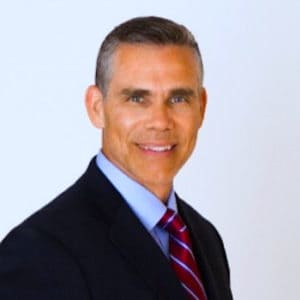 Clark Frogley: Crypto exchanges and digital assets are still largely unregulated so the laws governing them are not always as clear-cut as law enforcement would like. The fact that an investigation was announced just means they are finally ready for it to be made public, not that they haven’t been investigating Binance or other exchanges for some time. Suspicions of wrongdoing prompt investigations all the time, but being able to prove wrongdoing is more difficult, especially if the laws are not clear. I would assume the investigation has been going on for years and has finally found enough information to move forward.

Binance has an office in Singapore but no defined HQ (as far as we know). Does this make it more difficult for regulators?

Clark Frogley: US regulators and law enforcement have never had much difficulty assuming jurisdiction even when the legitimacy of that claim was not clearly defined. The AML Act of 2020 also extends regulatory authority over all foreign branches of US financial institutions, so while the regulatory laws over Crypto are still not clearly defined at the federal level, anyone trading US-based commodities or assets will fall under US regulatory jurisdiction no matter where they are headquartered. Law Enforcement may not be able to levy the charges it would for a bank, but just like Al Capone was taken down for tax evasion, there are other laws on the books that might be used.  It probably will not cause as much of a slowdown as Binance hopes it will.

Will this have any impact on Binance.us?

Clark Frogley: There has already been some impact on all the crypto exchanges as people pullback in the wake of the investigation. However, this is mostly going to be short-lived. Once a little time has passed and wrongdoing is announced or dismissed, the exchanges will grow.

If wrongdoing is found, I think Binance.us will struggle. They are smaller and offer nothing unique the other exchanges cannot offer. I think Binance was so popular because it was so large and diverse. For those looking for ways to hide illegal gains, anonymity in obscurity is a great asset. Legitimate traders found comfort in the diversity of the offerings and also some form of justification with so many others using the exchange.

Binance, like most other international crypto exchanges, blocks US addresses from trading but this is easy to circumnavigate. What are your thoughts on this?

Clark Frogley: Yes, this is easy to circumnavigate and will barely cause a pause for those whose intentions are already leaning toward money laundering the proceeds of illegal activity. Criminals thwart the BSA laws in financial institutions every day even with heavy regulatory processes in place. Cryptos are not held to the same standard for Know Your Customer (KYC) or Transaction Monitoring so there is little chance Binance would really catch all of or even most of the circumnavigation.

In recent years, Binance has taken additional efforts to incorporate AML/KYC requirements. Is this something that regulators will take into consideration? And what type of enforcement action may the Feds take? What about CZ -what may happen to him?

Clark Frogley: This will depend on what steps were taken, when, how comprehensive and whether deemed effective. The requirements for an AML program are very clear for regulated institutions. And yet, every year several are found to be non-compliant and are fined. Crypto Exchanges have a lower AML/KYC burden and I have yet to see any institution spend money to be one penny more compliant than they are required to be. So what happens to Binance will depend on what steps they have actually taken and how they were implemented, and what they are actually legally required to do.

Responsibility rests at the top so CZ is responsible for any non-compliance or wrongdoing unless he can show someone lied to him or it happened despite the companies best efforts. Usually, someone like an AML officer, or Chief Compliance officer is directly responsible, but they act on behalf of the CEO and tone from the top, executive oversight, AML culture, etc. are all going to be looked at.

Blockchain transactions are fairly easily tracked and authorities now enlist specialist firms to uncover nefarious activities. Are the days of illicit activity, including money laundering, using crypto at an end? What about tumblers? What about nations that work against US regulators?

Clark Frogley: It would be nice if we could detect 100% of illicit activity. The efficacy of blockchain still depends on the accuracy of the information entered and the ability to confirm the identity. Identity theft, false ids, etc. still allow fraud and deceit, even in blockchain. The more we can understand about each individual entity, the better we can track and identify suspicious behavior and curb criminal activity in our financial system.

If Binance is being challenged can we expect all of the other smaller crypto exchanges to receive the same type of treatment?

Clark Frogley: Possibly, but I think Binance was more vulnerable due to their size and volume and all the rumors of the exchange being used by criminal organizations.

If a smaller exchange isn’t careful and doesn’t implement good AML programs and proven AML technology, they may also find themselves on the wrong end of a federal investigation. It is only a matter of time before the regulatory requirements become more strict, so an ounce of prevention, in this case, is worth quite a few Bitcoins.