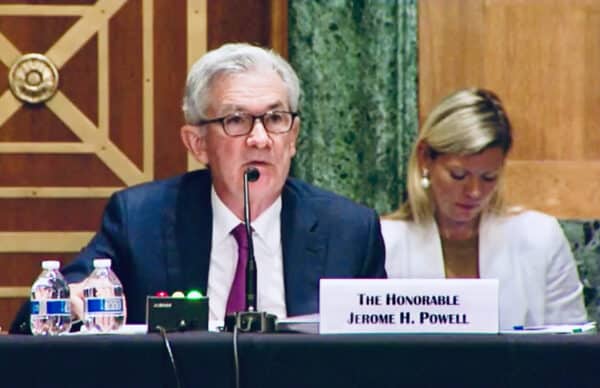 “I am concerned about getting this right.” – Jerome Powell

Federal Reserve Chairman Jerome Powell hiked up to Capitol Hill this week to visit with the House Financial Services Committee and Senate Banking Committee. The House Comittee held a hearing yesterday with Senate Banking holding their discussion today. While most of the hearing covered the state of the economy, including more plebian topics like inflation and the Fed’s monetary policy, central bank digital currency (CBDC) was also a topic of discussion.

In the House hearing memo, the Committee commented on CBDCs:

“Real-Time Payments and Central Bank Digital Currencies In August 2019, the Fed began developing the FedNow Service, a real-time payments system. 56 In January 2021, the Fed announced the selection of more than 110 organizations that are participating in a FedNow Service’s pilot program. 57 On June 1, 2021, the Fed issued a proposed rule to govern funds transfers over the FedNow Service, and after originally estimating the service would be ready in either 2023 or 2024, the Fed indicated it is expected to be available in 2023.58 Responding in part to moves by central banks in Europe and China to adopt a central bank digital currency (CBDC), Chair Powell announced on May 20, 2021 that the Fed was actively exploring a CBDC and would release a report on the subject by the end of this summer.59 Staff at the Fed have indicated that a CBDC “may take many different forms,” and have laid out a set of preconditions for development of a CBDC that includes “clear legal authority” and adequate safeguards to address concerns regarding privacy, anti-money laundering, and more.”

Globally, the discussion on CBDCs, and within the US – a digital dollar, has been picking up pace. All of the top economies in the world are researching digital currencies and China is already disseminating a digital yuan. The Fed has long voiced its ongoing investigation of a digital dollar and is working with MIT on a possible issuance of a CBDC.

In an interchange with Representative Stephen Lynch who asked the Chairman if the Federal Reserve was moving too slowly, Powell said the US is ahead of the world by default as the dollar is the reserve currency of record.

Would a digital dollar have a calming effect on the plethora of cryptocurrencies? Powell said that may be the case as you may not need stablecoins and other crypto.

Representative Brad Sherman, a stern critic of digital assets who believes crypto only pleases “anarchist pseudo patriots” was assured that digital dollar will be fully compliant with anti-money laundering requirements.

At the Senate hearing, it was more of the same.

Of note is the fact that Powell indicated his hope that a US CBDC would entail Congressional action – a law that would empower the Fed to offer a digital dollar. Powell said that “we would want broad support. Ideally, that would take the form in legislation.” Powell expressed his opinion that he is “legitimately undecided  on a CBDC.”

Asked what problem a CBDC would solve, Powell said that is the right question as they explore the ramifications of a possible CBDC.

Powell reaffirmed his belief that stablecoins need to be regulated:

“…we need to appropriately regulate stable coins – something we do not do now.”

Powell did state that a clear regulatory environment would be beneficial for financial innovation – something that is currently missing in the US.