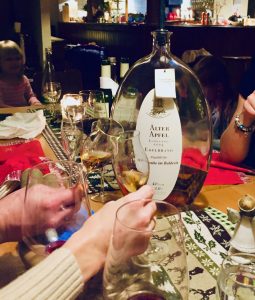 GenoCrowd has successfully closed on its first securities offering to provide financing for a building in Leipzig, Germany.

GenoCrowd is a partnership platform between Raiffeisenbank im Hochtaunus and CrowdDesk. The online investment platform announced its first securities offering for the property this past August. GenoCrowd GmbH is a subsidiary of CrowdDesk with Raiffeisenbank bringing expertise in real estate financing.

According to a note from GenoCrowd, AS UNTERNEHMENSGRUPPE Holding, a developer operating across Germany, has raised its target amount of €250,000. The funding will be utilized for a renovation of the Arthur Hoffmann-Palais in Leipzig.

The duration of the project extends is until August 2023 with investors earning a 5% annual return on their investment.

“This project shows how interesting crowd investing is with short-term maturities with attractive returns, especially for small investors, ” said Michael Wahab from GenoCrowd.

Christian Zilch, Head of Sales of Raiffeisenbank im Hochtaunus eG, called the raise a confirmation that founding GenoCrowd was the right decision.

The Arthur-Hoffmann-Palais in Leipzig, constructed in 1881, is a five-story residential and commercial building. Nine residential units are currently being built here as well as a commercial unit. The architect’s plans emphasize the original character of the building.

The developer is not only handling the renovation but also the marketing of the units.