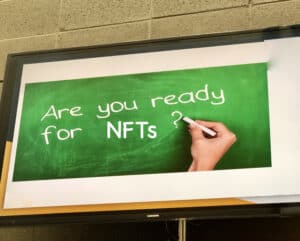 NFTfi, a marketplace for non-fungible token (NFT) collateralized loans, says it has raised a $5 million Series A funding round.

According to NFTfi, the round was led by 1kx, an early-stage crypto fund and will allow NFTfi to grow its operations, marketing, and product development teams to keep up with fast-growing demand. Additional investors include Sound Ventures, Maven 11, Scalar Capital, Kleiner Perkins, and others.

NFTfi says that NFT holders are looking for ways to use leverage their assets without having to sell them. NFTfi is a loan marketplace that allows NFT holders to borrow against their NFT assets in the form of peer-to-peer cryptocurrency loans. NFT holders can then use this value to make trades in other markets – before paying back the loan and obtaining back their NFT.

Lenders are using NFTfi as a new source of yield by lending out their capital against NFT collateral.

Since the first originated NFT loan in May 2020, over 2100 loans totaling more than $26.5 million in value have been executed on the platform.

The NFTfi platform is blockchain / smart contract-based, enabling a peer-to-peer transaction. Once terms are agreed upon, the borrower locks his/her NFT into a trustless “escrow” smart contract. When the loan is repaid, including interest, the NFT automatically returns to the borrower’s wallet. If the borrower defaults on the loan, the lender receives the NFT.

NFTfi reports annual percentage rates of around 20% (low-risk assets) to 70% (highly risky assets). Some users actually speculate on loan defaults as a means of obtaining exclusive NFTs at a discounted price.

A typical NFTfi loan is said to have a loan-to-value ratio of around 50% and a default risk of up to 20%. Borrowers are described as those requiring “urgent liquidity” to university students as well as others. Lenders range from HNW individuals to NFT experts.

“NFTs are becoming their own financial asset class,” said Stephen Young, Co-Founder and CEO of NFTfi.  “As new types of NFTs are created, there will be a demand for new types of NFT-focused financial products. Our platform is a tool that empowers users to borrow cryptocurrency using their NFTs as collateral. This allows them to be liquid in times of need, without having to sell their NFT. The NFT space is only going to grow more, and I believe that people have, and will continue to see t