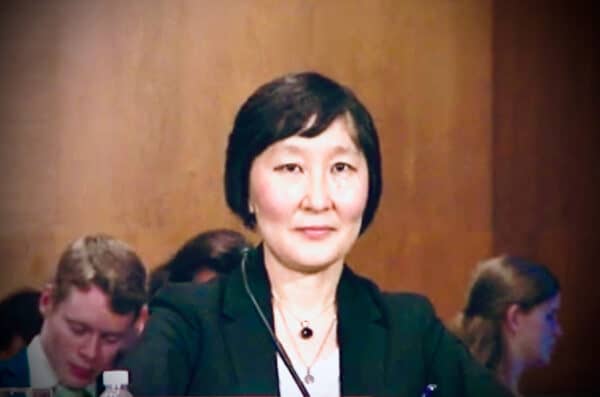 The Office of the Comptroller of the Currency (OCC), an independent bureau under the US Department of Treasury, is the lead bank regulator in the US. Managed by the Comptroller of the Currency, it is a key federal agency in approving or denying national bank charters along with providing supervision for national banks and federal savings associations. In recent years, the OCC has become a forum for debate regarding the rise of digital banks, as well as neo-banks – Fintechs that provide bank-like services while not being a licensed bank. During the end of the Trump Administration, a fair amount of progress was made in the Fintech sector. Then acting Comptroller of the Currency, Brian Brooks took decisive action in clarifying certain compliance requirements for non-bank lenders, providing guidance on digital assets, as well as approving the first truly digital bank to receive a national bank charter.

Today, things may be heading in a different direction.

Last September, President Biden nominated Saule Omarova, a Cornell law professor, to become the next Comptroller of the Currency.

Soon after the nomination was announced Congressman Patrick McHenry, an advocate of Fintech innovation and ranking Member on the House Financial Services Committee, criticized the Administrations’ selection. McHenry released the following statement regarding Omarova’s selection:

“President Biden is once again placating his radical base by nominating Saule Omarova as the head of the OCC. I am concerned Professor Omarova will prioritize a progressive social agenda over the core mission of the OCC—supervising and managing risk in our financial system. Our financial regulators must focus on pro-growth policies that foster innovation to build a robust and inclusive economic recovery, rather than Democrats’ obsession with vague social objectives.”

Just a month before her nomination, the New York Times reported that Omarova “would probably also take a harder line on regulating financial technology companies” as rumors circulated that she was being considered for the important role. The Biden Administration has not been very Fintech friendly in its first year in office. The White Hosue has taken a harder line on digital asset/blockchain innovation while shifting more towards an investor protection approach regarding securities offerings and Fintech services in general.

Does the world need JPMorgan to grow bigger or more powerful? Just wondering.

In a letter addressed to Omaravo, Senator Toomey requested a copy of a university thesis she composed entitled, “Karl Marx’s Economic Analysis and the Theory of Revolution in The Capital. Omarova’s thesis was apparently written while she was studying at Moscow State University.  Toomey said it had recently been scrubbed from her publicly available CV. Omarova received her Bachelor’s degree from Moscow State University before graduate study in the United States.

Senator Toomey said that Omaravo has an “aversion to anything like free-market capitalism” pointing to a paper she published in October 2020 called ‘The People’s Ledger.” This paper “envisions the complete migration of demand deposit accounts to the Fed’s balance sheet and explores the full range of new, more direct and flexible, monetary policy tools enabled by this shift.” Obviously, this would “fundamentally alter the operations and systemic footprints of private banks, funds, derivatives dealers, and other financial institutions and markets.”

In effect, the nationalization of retail banking.

Earlier this month, WSJ.com noted that both large and small banks had lobbied aggressively against her selection and it is hard not to understand why. Omarova’s missives on the financial services sector indicate an extreme approach to financial services that would upend the economy – not just the banking sector.

Testifying before the Senate Banking Committee in 2018 during a hearing entitled “Fintech: Examining Digitization, Data, and Technology”, Omarova compared digital finance to the financial crisis:

“Today, the same rhetoric of financial innovation and consumer choice that brought us the financial crisis of 2008 returns to center stage in the policy debate over Fintech . . . Once again, new technologies promise to make the system more efficient, resilient, and democratic; to expand consumer choices; and to give low-income Americans access to financial services.”

A top regulator like the Comptroller of the Currency must be someone who can work with the entities they oversee. An adversarial relationship by a regulatory for such a strategically important sector of the US economy could be disastrous. While Omarova will certainly temper her views during the nomination hearing in an effort to gain sufficient support from the Committee it will be hard to separate the person from publicly available papers and statements. While some Democrats will support the nominee it will not be surprising if more moderate Committee members steer clear of such a radical appointment.

The hearing on the nomination of Dr. Saule T. Omarova is scheduled to commence tomorrow (November 18, 2021) at 9:30AM at a Senate Banking Committee hearing.