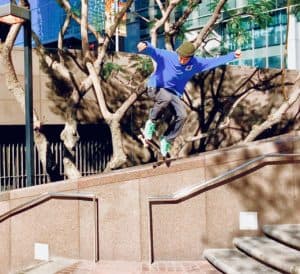 The first interbank Payment vs Payment (PvP) settlement outside of CLS has been completed using Baton Systems’ Core-FX solution, which is built on Baton’s distributed ledger technology (DLT) and “governed by the Baton Rulebook.”

Standing at the threshold of a “new era” in FX settlements, two of the largest financial institutions are now using the platform to “collaboratively settle FX trades bilaterally on demand using real currencies in real accounts, in less than three minutes, on a PvP basis with legal settlement finality.”

The announcement also mentioned that the solution “enables the firms to net in an efficient manner, choose what time to settle and in which currencies, all on a PvP basis – reducing settlement risks and FX processing costs.”

Thismove marks the inception of a major change in FX settlements. All market participants now have “the opportunity to radically reduce their settlement exposure and associated risks outside of the CLS framework.”

All currencies, including emerging market currencies, which are ineligible for PvP settlement in CLS, can “now be securely settled using distributed ledger technology that provides extensive flexibility and complete transparency,” the announcement noted.

The availability of this transformative tech offers “a long overdue alternative to a market previously hamstrung by restrictive batch-based processes and limited PvP access at both a participant and currency level.”

“This development is hugely significant for the entire FX market, as it offers firms the opportunity to really address settlement risk – arguably the most critical control issue impacting post-trade today. Today’s announcement demonstrates the tremendous potential this technology presents to FX market participants globally to improve their risk management, intraday liquidity controls and funding profiles. Using proven technology that is readily available today, banks can now take control and completely revolutionize their entire post-trade process from trade-capture through to settlement.”

As part of the implementation both banks have “agreed to the Baton Rulebook, a framework designed to provide legal certainty around settlement finality.”

The announcement also mentioned that Baton is “engaging with other leading FX trading businesses, as well as regulators globally, to expand market access to fast and riskless PvP settlement protection to a wider universe of participants.”

As noted in a release, Baton Systems is streamlining the front-to-back post-trade process, “introducing interoperable and connected digital market infrastructures from trade matching through to settlement.”

Established in 2016 by Silicon Valley technologists and capital market professionals, Baton’s solutions are now being “used by several of the world’s largest financial institutions to facilitate the movement of billions of dollars of cash and securities on a daily basis,” the announcement revealed.