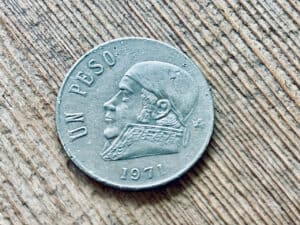 VIP$ Coin (VIP$), which claims to be an asset backed and blockchain-powered cryptocurrency, has reportedly been holding discussions with the Mexican government in order to look into the possibility of supporting the nation’s economy with a decentralized currency.

In a letter sent to VIP$ Coin’s founders from Mexico’s Secretary of Finance Credit, Dr. Rogelio Ramírez de la O, the Minister shared his plans to look into the potential or feasability of VIP$ Coin as a decentralized virtual currency in order to increase GDP and expand the nation’s foreign exchange transactions.

The “asset-backed” digital currency‘s developers claim that it’s well-placed to integrate with modern economies, trading with fiat currencies because of its considerable natural resource asset cap that maintains and also stabilizes its value (similar to that of traditional economic gold reserves). It’s worth noting, however, that similar initiatives had been introduced by countries like Venezuela (the Petro Moneda) and Iran (among other nations). But most of these so-called decentralized projects are actually centralized platforms without any solid foundation or roadmap.

As noted in the announcement, this so-called digital currency is backed by $3.6 trillion worth of land, energy and other mineral assets (again, a highly questionable claim). Moreover, VIP$ Coin should enable governments, institutions, or indexes to peg directly to – or trade their fiat currencies on – foreign or local exchanges. But it’s not clear just how this will be implemented (if at all).

VIP$ Coin will reportedly work in collaboration with the Ministry of Finance and Public Credit in Mexico, and will look into the various possibilities of financial collaboration with a goal to increase  GDP and enabling optional quantitative easing, along with solidifying Mexico’s participation in global Forex markets. While this may sound impressive, it’s really not clear how this will be achieved (if at all).

As the world’s 8th-largest economy, Mexico might work with VIP$ Coin in order to look into the benefits of a decentralized currency, focusing at first on the process of quantitative easing to inject capital into the economy.

As explained in the announcement, quantitative easing is a monetary policy in which a government or a reserve bank may purchase a set amount of assets like bonds, stocks, or assets or prints additional legal tender to inject capital into the economy with the goal to increase economic activity.

Although quantitative easing is viewed as an unconventional process because of the assets being sold by commercial banks or third parties for gain, and a greater risk of hyper-inflation, utilizing a decentralized cryptocurrency, like VIP$ Coin, instead of traditional assets could allow banks to acquire assets at a publicly quoted market rate (instead of an over inflated one). It also limits the overall risk of hyper-inflation because the assets are decentralized.

However, VIP$ Coin is most likely not decentralized and it may not be able to deliver on these promises.

But it’s developers claim that it’s not like a stablecoin which is pegged to an asset with a fixed number of assets. The VIP$ Coin team claims that their coin is pegged to a portfolio of publicly catalogued natural resources that may help with increasing its value as more assets keep getting added, which should boost the value of the coin while stabilizing the value of currencies that are pegged to it.

It’s worth noting that these are all high questionable claims and all these complex processes are being described in a really vague manner.

Chris Brice, Co-Founder at VIP$ Coin noted that the letter of intent from Mexico’s Ministry of Finance and Public Credit is a key indicator for the future of “asset-backed” digital currencies.

“For the first time in history, a digital currency other than Bitcoin has been identified as a viable asset to support Governments across the world. VIP$ Coin won’t just be a secondary legal tender as is the case with Bitcoin in El Salvador, VIP$ Coin will, in future, take the place of a Government’s gold reserves in maintaining the value of a country’s existing currency.”

“This is a major step in the world of decentralised finance. Mexico is one of the first nations to realise the potential of digital assets to replace physical ones, something that has been the ‘standard’ for thousands of years. Today. We’re witnessing the change of banking and public finance as we know it, and we’re excited to be part of the change.”