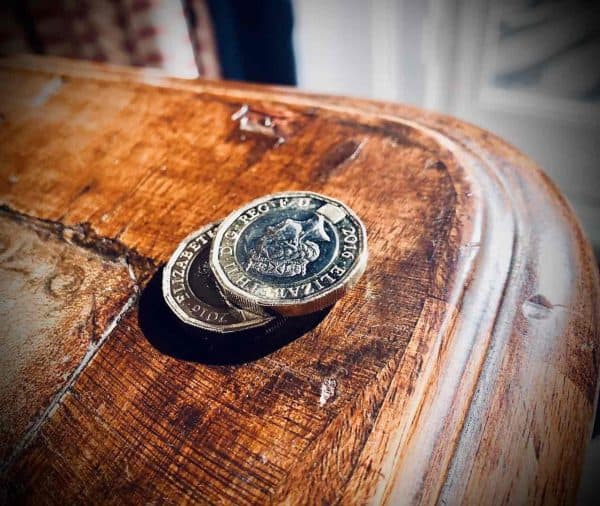 The Bank of England’s Monetary Policy Committee (MPC) has increased its Bank Rate by 50 basis points to 3.5%. According to a statement by the Bank, the MPC vote was 6 to 3, with one member advocating for a 75 basis point increase and two preferring to hold rates steady.  The rate increase follows yesterday’s decision by the US Federal Reserve to increase its benchmark rate by 50 basis points as well. The Bank holds a 2% inflation rate target, and currently, inflation stands elevated at 10.7% in November – down from 11.1% in October.

The MPC expects the UK economy to be in a recession for a “prolonged period” while inflation will remain high in the near term. The Committee predicts inflation to fall in mid-2023. The elevated cost of energy, along with a flagging economy, continues to create a challenging environment.

The Bank now expects UK GDP to decline by 0.1% in 2022 Q4, 0.2 percentage points stronger than expected in the November Report.

Household consumption remains weak, and most housing market indicators have continued to soften. Surveys of investment intentions have also weakened further. While easing a bit, labor markets remain tight. The unemployment rate rose slightly to 3.7% in the three months to October.

Piero Cingari, Market Specialist at Capital.com, shared his perspective on the Bank’s decision:

“After the Bank of England (BoE) hiked interest rates by 50 basis points to 3.5%, as predicted by the market, the pound had a slightly negative reaction. The decision to raise rates was a divided within the board, with two members (Tenreyro and Dhangra) voting for no change in rates. Only one member of the BoE, Mann, voted in favour of the 75bps rise.

Post-announcement GBP/USD fell to 1.23. UK gilt yields were roughly 7 basis points lower today, with the 2-year yield at 3.37% and the 10-year yield at 3.24%. This is because market forecasts for BoE interest rates next year have dipped slightly.

Given a more hawkish-than-anticipated FOMC meeting relative to the BoE one, it is possible that the rate differentials between Treasury and gilts yields would expand in the near term, which might impose some downward pressure on the pound.

The pressure might intensify if we observe a risk-off in the equity market, which in the past two months has been positively associated with the GBP’s momentum.

From a technical standpoint, the pound may give back some of its gains due to its richeness since it rose nearly 20% from September’s lows.  Prices have risen well above important moving averages (200-day and 50-day), and the daily Relative Strength Index (RSI) has entered overbought territory this week, which may signal a peak in the bullish momentum.”

Noting that interest rates are now the highest they have been since October 2008, Douglas Grant, Group CEO of Manx Financial Group PLC, said this is a wake up call for SMEs.

“The hikes should continue to act as a wakeup call for SMEs to review their existing lending situation and ensure they are prepared. This week’s slowing inflation data suggested that we may have reached a peak but still represented eye watering numbers and indicate that the start to 2023 will be difficult for many SMEs. We believe that demand for working capital will continue to rise as businesses desperately require liquidity provisions to counteract supply chain issues, increases in wages and a worsening cost-of-living crisis. Our research revealed that over a fifth of UK SMEs that required external finance over the last two years, were unable to access it. What’s more, over a quarter have had to stop or pause an area of their business because of a lack of finance. SMEs continue to struggle with accessing finance and, worryingly, this lack of availability is costing them and the UK economy in terms of growth at a time when it is needed the most. The amount of growth that is being sacrificed is significant and will require new solutions which are designed to address this funding gap.”

Grant added that despite the extension of loan schemes, more needs to be done to support SMEs. Grant is calling for a “permanent government-backed loan” plan.

“…the importance of a permanent scheme cannot be understated, it could act as the fundamental difference between make or break for many companies and, in turn, our economy. We very much hope this is something that becomes a reality.”

“This latest hike will wrap up the most aggressive year of monetary policy in four decades. We know it has caused weariness and uncertainty across financial markets, and many are now casting their eyes forward to what 2023 might have in store. On a more positive note, yesterday’s CPI data suggest that the inflation fever might be starting to break, which could translate into smaller interest rate increments over the next year. Financial markets had priced in a peak of 6% for the base rate at one point, but signs suggest it might not reach these heights. Nevertheless, as the UK enters into recession, agility, diversification and foresight will be key in injecting resilience into investment portfolios and minimising investors’ exposure to the current macroeconomic headwinds.

“With investors juggling risk and opportunity, it should be expected that many will look to balance traditional and alternative investments. Moreover, in light of the recent Autumn Statement, it is likely that tax-efficient investments will see greater demand. I would also expect real estate to remain high on investors’ wish lists, even as house prices recalibrate, with the latest stamp duty cuts likely to increase the market’s resilience in the face of the wider economic turbulence.”