WILMINGTON, DE, US, June 16, 2020 /EINPresswire.com/ — Monetran, LLC has announced that they have made 200,000 Class A units available to investors via an SEC Regulation Crowdfunding through the intermediary NetCapital. As an added incentive, the company will give one free token per unit purchased. The tokens, known as Moneda, are 100% backed by U.S. Government securities. As stable tokens, they are designed to maintain their value and to serve as both a medium of exchange and a long term store of value. Moneda will be redeemable from Monetran.

The units, consisting of one Class A share plus one Moneda token are priced at $1.25.

Monetran is a fintech startup which will combine blockchain and cryptocurrency to enable swift, economical payments and remittances over the internet. According to company literature, Monetran has a goal of capturing 3% of the $36 billion U.S. / Mexico remittance market, which would result in $10 million in profits annually for the company.

In addition to international remittances, in the future Monetran plans to operate in the online payments market. The company has a mobile app in the pipeline which the company says will enable point-of-sale purchases for any amount, even those under $1. Estimates of the size of the market exceed $1 trillion worldwide.

“There’s yet another compelling use for Moneda tokens,” Bielak added. “People in parts of the world where the local currency is either subject to high inflation or negative interest rates can benefit from holding Moneda. The token has been designed to combat those enemies of the preservation of wealth. Moneda has many great features and we’re pleased to be able to give them to our investors at no extra cost.”

Further information on the Monetran crowdfunding offer can be found here. 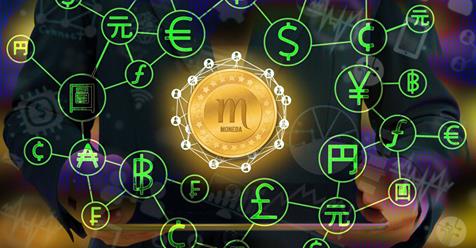