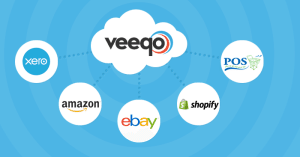 Crowdfund Insider recently received a tip from one of our visitors (Thanks!  You are the best!) regarding a posting on the Veeqo blog regarding the crowdfunding experience of Matt Warren founder of both Veeqo and Jura.  Jura sells watches in the UK and around the world.  They have both retail locations and a highly successful e-commerce platform.  Their digital side won an award a couple years back for their virtual watch technology.  Warren has now set his sites on a new venture, Veeqo.  This new venture is a multi-faceted web based platform to manage all of your sales and inventory channels.   We reached out to Matt and he kindly has allowed us to post his content to share with our readers below. 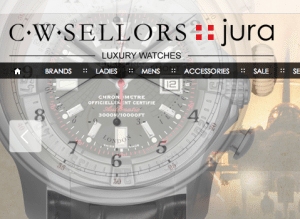 Veeqo was crowdfunded successfully using the UK based Seedrs equity based platform.

We started off by asking Matt why he opted for crowd funding over angel investors.

Matt: A few years ago I raised £850,000 to create the UK’s first online luxury watch retailer, Jura Watches. I raised this mainly from Angel Investors, who put in an average of £85,000 each. We are now the UK’s largest online retailer of luxury watches and have a multi-million pound turnover.

When I was raising funds for Veeqo, I needed just £30,000. I didn’t need money for office space, salaries, pool table, computers, or any other stuff. I just wanted to get a finished product which I could release to customers.

It would have been quite straightforward to find one tech savvy angel to invest the whole £30,000.

But I’d noticed a sea change coming with crowd funding and loved the idea of putting my business proposal out there for thousands of people to view and if they liked it, invest in it. What better validation of a business model then 100 investors?

What attracted you to Seedrs?

Matt: I checked out quite a few crowd funding companies. Seedrs seemed to have the best online 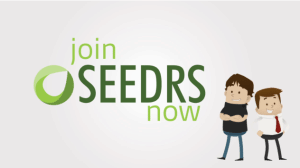 presence. I liked how it shows you who invested in your business, and I like how investors can ask public questions.

I also liked how it didn’t ask me to predict my future cash flow. Of course, having a business plan and being aware of overheads and burn rate are critical. Guessing what sales will be in year three is impossible.

What happened when you put your business proposal onto Seedrs?

Matt: It took just 20 days from going live on Seedrs to raise the full amount, with a total of 68 investors. A week later we’d raised £6,000 over the amount we wanted. These people will effectively be back ups in case of issues with original investors.

There was a lot of work behind the scenes. It took a few weeks after I submitted my application (which is very short, they encourage you to write less, not more) before it went live on the system. Seedrs will only allow data which can be proven by an independent source. It took a few back and forth attempts to fine tune the text.

That’s pretty fast. Did you have a strategy to attract investors?

Matt: When I looked at Seedrs, I noticed the businesses that fail to raise the cash they need rarely get above 2% funded. A lot of them even stay at 0%. This amazed me. If you can’t find a few friends to put £10 into your business, then why would some stranger invest?

So, immediately after we went live on Seedrs, I emailed everyone in my address book asking for their help. Would I do it that way again? Probably not. Too many people I had not spoken to for 10 years got in touch! But interestingly a lot of people I would never have imagined would invest did just that.

I can’t be totally sure as a lot of the investors chose to be anonymous but I suspect only about 5-10% of the investors were people from my personal network. But they were key in laying the foundations that attracted other investors.

What advice would you give to anyone pitching their business on 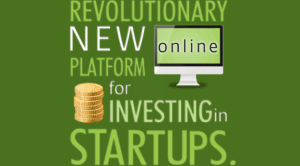 Matt: Momentum and presentation are the two keys to success.

Firstly, momentum is very, very important. When your business is sitting there on day one with no investors, 0% funded, without doubt it puts off investors. I can imagine them thinking: “If no one else has invested, then it must be a bad idea.”

Sure, I’m oversimplyfying, and some investors will be wise enough to look past the lack of other investors, but it doesn’t help.

With Veeqo, the more people invested, the quicker we got new investors.

If I was to do it again, I’d get at least 10 people to confirm they would invest (even if it’s £10) and get them registered on Seedrs in advance before I went live.

Secondly, as with most things in life, presentation is key.

Seedrs encouraged us to make a video of our product. We didn’t have one so we simply knocked up a homemade thing showing the system working. The idea was to give investors confidence by seeing the product in action. It was far from impressive and about as un-slick as you could get!

In hindsight, we should have invested in a short, 60 second professional explainer video. This would have gained us more investors. Paying for a video is a small investment when you think what you get in return.

Another mistake I made was listing only myself as the Veeqo “team”. One of the most frequently asked questions from potential investors was who the developers would be. Including the developers in the team would have given the project more credibility.

If I was to crowd fund again, I’d also consider extending my team. I’d find specialists in marketing, finance, product development and IT, and I’d get them onboard in a part time advisory role in return for equity. This would not only increase investor confidence, but it
is a great way to add specialist experience which perhaps you lack.

Finally, the public Q&A section on Seedrs can be a great tool to show off your startup’s benefits. It’s very important to be brutally honest with answers. Angels are not adverse to risk but they are adverse to BS.