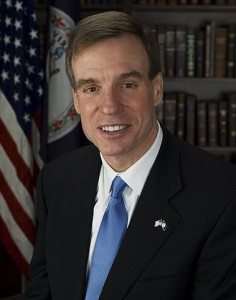 In its purest form, crowdfunding creates options for companies and organizations looking for ways to raise capital — a significant variable in an economy with close to 8 percent unemployment and slow GDP growth. According to the Mass Solution Crowdfunding Industry Report, these campaigns raised $2.7 billion last year, an amount expected to double this year. That’s an 81 percent increase from 2011. Furthermore, crowdfunding loans doubled from $555 million last year to $1.17 billion this year, and crowdfunding-for-rewards grew from $62 million to $383 million and are expected to quadruple this year.

Virginia Senator Mark Warner appears to be bullish on crowdfunding platforms in general, bringing up the JOBS (Jumpstart Our Business Startups) Act and the power of crowdfunding. “As we come now to the JOBS Act, I think we have the potential – I say this if I was restarting on the business side – being around crowdfunding could be as transformative as the beginning of the VC industry, the beginning of the angel industries, if we get it right,” he said. And he knows what of he speaks. Before entering politics, Warner made his fortune in the tech sector as a venture capitalist.