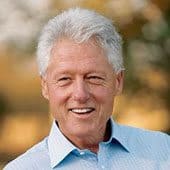 Speaking at an MPAA, Microsoft and Time event called the Creativity Conference Friday, former President Bill Clinton talked up crowdfunding as a potentially important avenue for filmmakers and others to “make more messages that we want to go viral.”

Clinton, delivering the keynote address, singled out the documentary “Bridegroom,” which he introduced at the Tribeca Film Festival in New York earlier this week. The project, directed by Clinton’s longtime friend Linda Bloodworth Thomason, tells the story of two gay men from conservative families and the hurdles they face. When one of the men dies in a tragic fall from the rooftop, his partner is denied access to the memorial, not having marital privileges. Money was raised online for a documentary after the man appeared in a YouTube video describing the pain of what had happened.

Such a formula, he said, could extended to a host of nonprofits seeking to relay their messages to larger audience.