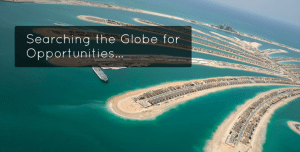 Grace Century, a private equity company based in the United Arab Emirates expresses “Concern” over US Crowdfunding Proposals.

The team of Grace Century FZ LLC, an international research and private equity company based north of Dubai in the United Arab Emirates, has taken a stand on The U.S. Securities and Exchange Commission’s (SEC) recent changes to securities regulation–one of the biggest changes in nearly 80 years.

Private companies and entrepreneurs in the United States that need to raise capital can market their company’s investment opportunity publicly to “accredited investors” (individuals with over $1M in liquid net worth or incomes over $200,000/year) via social media, print materials, email and other means. When the regulations become part of the federal register within the next 4 to 8 weeks, companies will be permitted to raise money publicly from accredited investors.

Grace Century and its representatives have stated that the new ruling will affect the crowdfunding model and will alter the ways that “lower tier” capital markets function. According to Grace Century’s Director of Research, Scott Wolf, “crowdfunding refers to the funding of a company by selling small amounts of equity to many investors and while it’s received a lot of attention from U.S. policymakers, unlike a lot of people, I do not believe that this new ruling will allow for sustained growth in the U.S. markets. Yes, crowdfunding received direct mention in the Jobs Act (a legislation that allows for a wider pool of small investors with fewer restrictions), but last year less than 10% of all qualified accredited investors actually invested in private companies. That 10% invested over $26B and it all was raised privately.”

According to Grace Century, many investors who “get in” early have the greatest opportunity for profit, but that is also when the risk is the highest. Most new business ventures do not last more than five years–many do not succeed. Centered on online platforms, crowdfunding allows small investors to make a lower investment into posted business plans.

“Just because an individual makes a certain level of income, it doesn’t guarantee that this 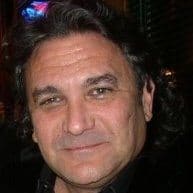 person has the level of expertise or background to evaluate an opportunity like a professional investor. In addition, there is no ‘stop gap’ to insure that the individual actually is an accredited investor other than his word,” Wolf warns. “Anytime an entrepreneur is willing to accept small tranches of capital (i.e. $1,000), it screams trouble for both the investor and the entrepreneur. Finally, you add the ‘on-line anonymity’ aspect, you are begging for problems.”

Widely used in the UK, crowdfunding (in theory) levels the playing field by giving the smaller investor a chance to get into ground floor opportunities early in a new firm’s life. Scott Wolf and the Grace Century management team suggests that when entrepreneurs need to fundraise for their businesses they should learn the details of the new regulations and work with their legal advisors to determine how and when they should move forward with raising capital under the new 506c regulations.

“Yes, the use of crowdfunding can open up new ways to attract Diaspora investments as well as reduce the gridlock in early-stage investment ecosystems, but crowdfunding opportunities can also open the door for scam artists and fraudsters,” said Wolf. Wolf and the Grace Century team believes that, (while in theory) it makes sense to provide badly needed funding to fledging start-ups, crowdfunding opens the door to (at worst) opportunists and con men as well as (at best) poor oversight and accountability. To that end the SEC will be watching very closely. “The road of good intentions, often, has a lot of potholes,” Wolf concludes.