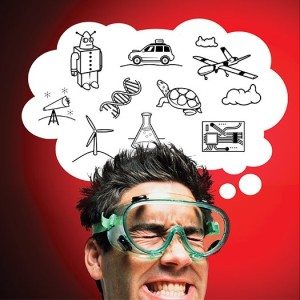 Popular Science partnered with crowdfunding platform RocketHub to produce the #CrowdGrant Challenge to find funding for reader submissions.  Announced back in the spring of this year, submissions were open until this summer and then 45 days of crowdfunding occurred with the two dozen deemed the best.

Project Reach for the Stars hit their goal and then some.  The project is to bring STEM+C (Science, Technology, Engineering, Math + Creativity) into classrooms across the country.  Initiated by a pilot for Soutwest Airlines who has been working with 5th graders for the past 4 years.

Consider the Facts was fully funded as well.  This was a project to engage people in deliberative thinking using a story about “How the Asteroid Saved Mankind”.

There were many other projects which did not hit their goal but fell short not because of merit but perhaps because of visibility.