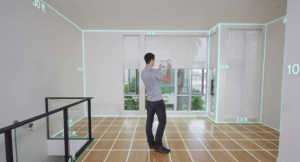 The Structure Sensor, from Occipital in San Francisco, is crowdfunding on Kickstarter.  Their initial goal of $100,000 is a distant memory as they approach $1,000,000 raised.  After only 7 days crowdfunding they were at 7 times their initial goa and after watching their pitch video you will see why.

This hot marriage of technology and software takes your ipad and turns into the most incredible 3D image scanner.  Connect this to your 4th generation iPad (they are ready to adapt to the new iPad’s set to 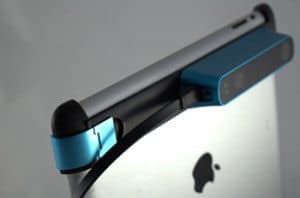 release later this month) and you will be able to enter the domain of spatial computing.  There are too many applications really to address but think about being able to enter a room and within minutes being able to capture precise 3d dimensions of the space.  Or seeing an item of furniture you want to share with someone and quickly emailing a 3d image anywhere in the world.  What about gaming? Well this leads to the special place where the world around you becomes the gaming environment.  Of course if you are one of the lucky few with your very own 3d printer – you will be able to immediately put this to creative use.  There are so many different industries or consumer applications for this device it is simply mind boggling. 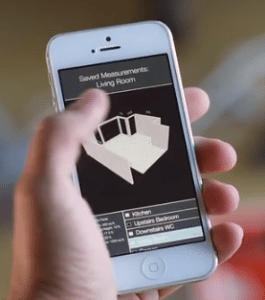 Occipital understands this will be big – far bigger than their company – so they are open sourcing and providing an SDK so there is no telling where the devs will take this thing when it is delivered (either December 2013 or February 2014 depending on reward level).

Does it work out of the box with Android?  Sorry guys – Android world is just too fragmented – but that does not totally hold back the Android world as everything is open source and if you have a USB connector you may be good to go.

The reward level where you will actually be able to receive a Structure Sensor stands at $330 for a “fashionably late special”.  600 backers scooped up the original early bird special which was at $329.00

The pitch video below explains it all.