Light Harmonic has now eclipsed the $1 million mark on Indiegogo for the Geek Pulse. That is a staggering amount of money, and it is particularly notable because of Indiegogo’s all-time funding list. Barring everyone freaking out and jumping ship, the Geek Pulse has now secured a spot in Indiegogo’s top ten most funded list. They’re currently nipping at the heels of the Restore the Shore campaign for #7 on the list.

The $1 million mark hit a stretch goal that stands to benefit all backers of the campaign, so that is good news for the 5,000+ people that have ponied up funds for one of these devices. 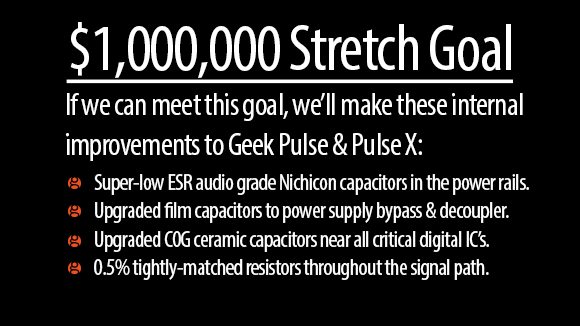 It’s a huge accomplishment for Light Harmonic. There are still 39 hours left in the campaign so the question now becomes whether they will continue to ascend the list and pile up more crowdfunded cash.

Indiegogo lists the Ubuntu Edge campaign at #1 even though Canonical raised no money as a result.