In October of 2013, crowdfunding platform software provider Crowd Valley published a report on the global crowdfunding market. It appears this report is now going to become somewhat of a regular event. CrowdValley is now readying an update only a few short months later.

Following on Global Crowdfunding Market Report, published by Crowd Valley in October 2013, the company is now about to publish a new, updated version, based on data collected by the organization in Q4 2013. The past three months were, in fact, rich of happenings both in Europe and in the USA, which certainly caused the crowdfunding market to develop along specific directions. 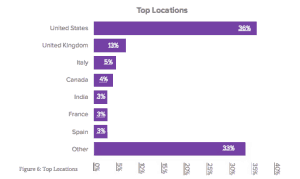 Platform providers always have an interesting perspective on the industry as they are constantly approached by entrepreneurs ruminating on possible crowdfunding plays. This viewpoint is prevalent in the first report and will probably continue to be in future versions.

The report included findings on market size, types of platforms, types of issuers and more. Those interested in receiving a copy of the report when it becomes available can sign up using this Google form.

Now, see the findings from the first report here