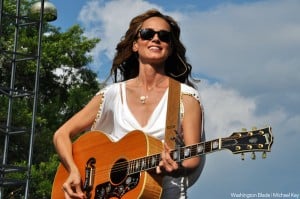 The Single, White Female songstress released her first album in 1994 under the Polydor label and was immediately a huge hit. Eventually she went on to become an independent artist. Not only was she known for her beautiful music, she announced to People Magazine that she was a lesbian.  She has become a gay rights activist and in 2011 married advocate, Lauren Blitzer.

Sharing details about the project, Wright wrote, “My last album, Lifted Off the Ground, was released [in] 2010. It was also the year that my memoir Like Me was released and the year that I came out of the closet. So much has happened since then.” 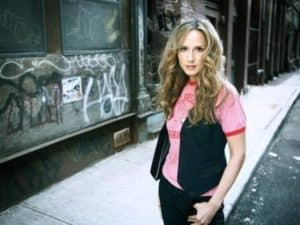 “I’ve been writing a lot of songs in the past few years and I’m ready to start recording my next album. I need your help. We’re officially kicking off my Kickstarter Campaign, I will make a record in the same way I’ve always made records – using the best musicians, the best engineers and recording in the best studios available. The only difference this time around is that we are choosing the hardness and the ‘power of the people’ to fund my album.”

“For my past couple of releases, the budget for simply producing and manufacturing my records has been around $200,000. And then, the record label invests hundreds of thousands more in marketing and promotion. When I was on major labels, these dollar amounts were nearly doubled.So what I’m saying is that I want to make a great album of great song and to do that, we need to reach our goal.” 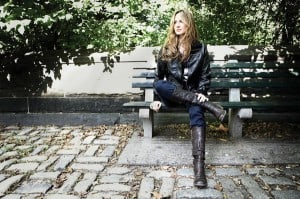 She also added that this year marks her 20 year anniversary of making records. She have been really fortunate to have dedicated fans who’ve been with her since very early on in my career and together we’ve accomplished great things.

“I have always considered myself lucky to have been able to make records in Nashville with the best musicians, producers, and record labels in the business and to have relationships with some of the greatest radio stations in the country. I cherish the hit records and triumphs that i was blessed to have. But the thing I have always been most proud of is my relationship with the fans. We accomplished so much together. Let’s make some new memories!”

Since its debut on the crowdfunding giant earlier this week (August 25th), the campaign has raised $42,779 from 428 backers. Its set to close on October 9th.