Crowdfunding hit the radar when the two leading, rewards based crowdfunding platforms launched.  Indiegogo launched first in 2008 with Kickstarter following in 2009.  Kickstarter has always been fairly transparent in their data and approach.  They have a cool portion of their site that shows the numbers by category and success data for projects.  Indiegogo has published occasional numbers on site growth making a quick number comparison a bit challenging.  The teams at Hivewire, based in Toronto – along with Shopify, as part of their ecommerce university section, have created an infographic drawing a comparison of the two.  Apparently they have generated an analysis from over 400,000 crowdfunding campaigns completed by August 7th, 2014.

Some of the interesting data points include: 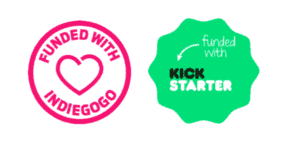 Now you must take into consideration the two platforms have taken a very different strategic approach.  They both want to facilitate funding and democratize access to capital.  Indiegogo is more agnostic about which campaigns may launch on their site and they allow flex funding.  Kickstarter curates more aggressively and only allows fixed funding campaigns.  All of this is subject to change especially once Indiegogo enters into the equity crowdfunding space – a shift they have mentioned on multiple occasions.  Kickstarter has publicly stated they will never go the investment route (but then again, never say never).

Tons of interesting factoids below and even more is available over at Hivewire.