Big data firm, PeerIndex, has launched an equity crowdfunding campaign on Seedrs seeking to raise 10% equity of £500,000 on a pre-money valuation of £4.5 million . PeerIndex is a technology platform that tracks social media usage so you can see who in your community is an influencer and those that are not so much.  PeerIndex is currently backed by Merdian Venture Partners, Anthemis Group and angel investors like Tom Glocer (former CEO of Reuters), Marko Ahtisaari (former SVP Design at Nokia) & Shery Coutu. 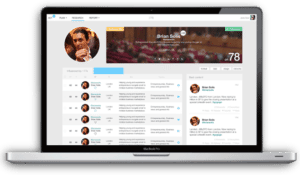 In a quick check of the PeerIndex #London100 Ricky Gervais was in first place with an “LPI”  score of 97.  Fair enough.  PM David Cameron came in at a distant 10th – most certainly to his disappointment.  Perhaps Cameron is consoled by the fact he is ahead of Lily Allen.  All jest aside – tracking social media usage and influence is an important quantitive need these days.

The London based company is offering an important set of tools based on social intelligence.  This is an emerging industry that is taking on greater importance since so much occurs or is disseminated via the various social channels today.  The company apparently indexes 200 million people 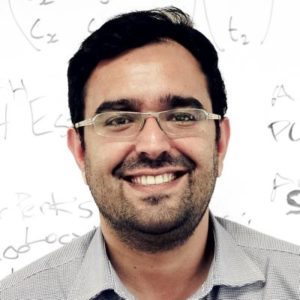 The new funding is to further drive the development of its products. The funds are being raised to drive the sales and marketing for their “PiQ product”.

“PeerIndex’s vision has been to help a world move from a reliance on traditional institutions towards valuing the capabilities and social capital of individuals — the peers we index.”, said Azeem Azhar founder of PeerIndex. “It is a natural fit for a firm like ours, which demonstrates the power of the person, to use equity crowdfunding and go directly to qualified supporters who share in our vision and want to be a part of our success.”

“Equity crowdfunding is now a viable path for innovative software companies to raise development funds. It has emerged in the last couple of years as people have become more comfortable with social-network enabled platforms competing with old school ways of doing business, the very trend upon which  PeerIndex is based.”, said Azhar.

“PeerIndex has been one of the most exciting and well-regarded tech businesses in Britain over the last few years, and Azeem and his team are a hugely impressive group. We’re very excited that they chose Seedrs to facilitate their next round of fundraising. It demonstrates just how far Seedrs and equity crowdfunding have come that prominent, VC-backed business like PeerIndex sees the benefits of adding crowd investment into their mix.”