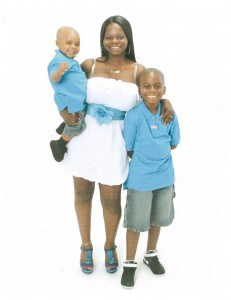 This campaign has striking similarities to the story of Brian Aitken.  He spent time in jail due to falling afoul of New Jersey’s extremely unrealistic gun laws.  Aitken went on to do a successful crowdfunding campaign on Indiegogo to help publish a book about his challenging odyssey.

In 2008 then Governor Jon Corzine signed a law making illegal possession of a firearm a second degree felony.  Think hard time.  (And yes, that is the same Jon Corzine that ran MF Global into the ground, losing $1.6 billion in the process.  He ended up doing only “beach time” as he was never prosecuted for his well documented incompetence.) The strict law has been lambasted in its application by both the left and the right.  Regardless of your personal belief on the 2nd amendment, people generally expect elected officials to create and apply laws that make sense.  This one clearly does not.

Anyway, Shaneen Allen, a mother of two from Philadelphia, obtained a legal license to carry a firearm permit in Pennsylvania.  Her move to defend herself was initiated after she was robbed in Philly in June of 2013.  After receiving her license Shaneen took a trip into neighboring New Jersey.  While driving in the state she was pulled over by New Jersey police for a minor infraction and while being questioned she affirmed that she did have a firearm in the car. Shaneen was not aware at the time that her license to carry was not recognized in other states.  The police then arrested her. 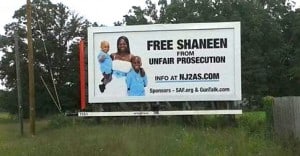 Now in light of the situation one would expect level headed thinking would prevail and recognize that Shaneen was no criminal – and in fact a mom trying to take care of herself and her kids.  Instead officials in New Jersey, Atlantic County Prosecutor James McClain, decided to throw the book at her.  Shaneen was looking at a minimum sentence of three years in the pen and a legal maximum of eleven.

This is a case that is not defined by political affiliation or affinity and is an example of legislation run amuck further damaged by malfeasant public officials.  The pressure has grown on McClain to the point that he recently announced he may be having a change of heart – requesting the Judge to push back a scheduled court date from October 6th t0 later in the month.  Press of Atlantic City quoted McClain, “I am presently in the 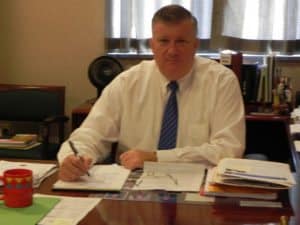 process of reviewing our office’s position on the appropriate resolution of this matter,” McClain wrote last week to Superior Court Judge Michael Donio.

While New Jersey may be having a change of heart, Shaneen has had to endure what must have been an incredibly difficult period in her life.  Her plight has generated great sympathy and is reflected, at least in part, by the over 1700 backers that have contributed to her Legal Defense Fund on GoGetFunding.  The amount raised stands at over $61,000 today. 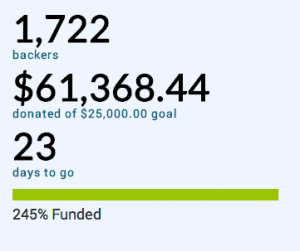 Both houses of the New Jersey legislature  have bills in the process to address situations like Shaheen’s allowing more leeway in the application of the law.  We hope this is the last crowdfunding campaign we will ever see like this.  On another interesting note, The National Review shared that Prosecutor McClain recently gave a waiver to someone else.  Ray Rice, the NFL star who was video taped knocking out his girlfriend was “approved for pretrial intervention” by McClain.  Wonders never cease to amaze.