With the backing of 97 investors, Cgon has secured over £155K for the 10.34% equity offered and pushed into overfunding on Crowdcube.  Cgon is now planning to adapt their articles to add preemption to B shares. Cgon devotes

itself to reducing emissions in fossil fueled engines, increasing fuel efficiency with a UK £12 Billion market opportunity. The company’s hydrogen producing technology aims to change the way engines work to burn nearly all of the pollutants thereby reducing emissions by up to 80% and increasing MPG. The system can be retro-fitted to old cars or be built into new ones and be used for petrol and diesel engines. 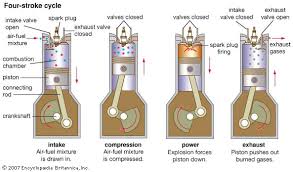 How and why does Cgon Work? “Our product works by splitting water into its two base component gases Hydrogen & Oxygen. The two gases are produced on board, on demand, for a given application.  The gas is then channeled into the combustion engine where a unique reaction takes place. “When the two gases Hydrogen & Oxygen are introduced ahead of the combustion cycle, we see a very interesting reaction. All of the base fuel i.e. the Diesel, Petrol or LPG is totally burnt within the combustion chamber. This has some very substantial benefits.”

According to Mark Fox,  a retired Chartered Builder and “enormous petrol head,” started an engine remapping business followed by an automotive MOT station and during the course of his new ventures met a competitor, Brian Sheard, a retired Nuclear Submariner. Sheard and Fox soon joined together and progressed Sheard’s product – the Hydrogen on demand titanium fuel cell, which they have over the years progressed to where they are today with Cgon. Steve O’Reilly serves as  Director.